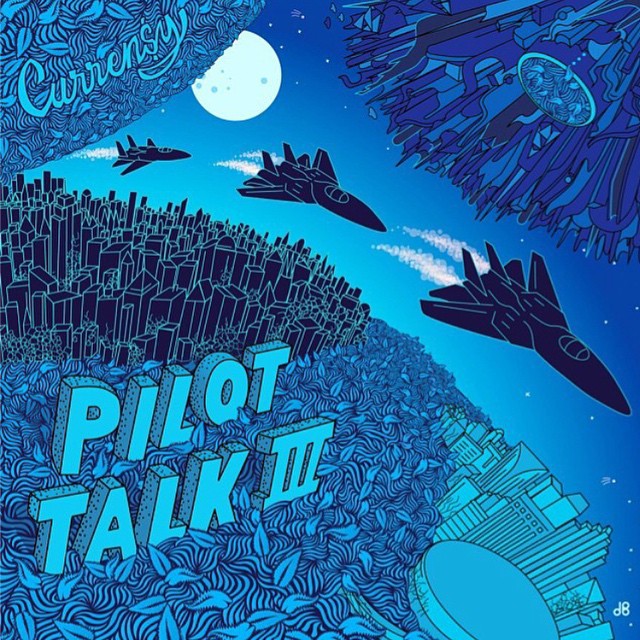 Coming from someone who makes everything he does look easy, there’s something unusual about the circumstances surrounding Curren$y’s Pilot Talk III. Given the success of the first two Pilot Talk releases (dropped within months of each other in 2010), the supremely smooth New Orleans rapper and Jet Life leader was left no choice but to devise a worthy third installment — and once work on it officially began, it took him around two years to finish. Curren$y is supposed to be this stress-free “weed rapper” who loves luxurious instrumentals that enable him to flow freely. He’s never seemed like a perfectionist in the traditional sense.

As it turns out, Curren$y kept his good judgment intact while making this album; it never overreaches. While it makes a fitting companion to the previous Pilot Talk albums, it’s a regurgitation of neither, with fewer towering standouts than the original but more cohesion than both. It might be telling that the most epic-sounding song here, “The 560 SL”, is a collaboration with Wiz Khalifa. But still, credit the likes of Ski Beatz, Joey Fatts (whose “Cargo Planes” track is a dark, slithery outlier here), Harry Fraud, and Jahlil Beats for delivering production that sounds both expertly fine-tuned and humbly low-key. Unlike To Pimp a Butterfly — another new album that owes more to jazz and soul than it does to any current rap trend — Pilot Talk III is strict about form. Even if a song’s intro is woozy, the drums eventually hit, and Curren$y is off.

After first emerging as a No Limit prospect in the early ’00s, Spitta has become an underground favorite by waxing poetic about the finer things in life, from gourmet meals to shuffleboard. His braggadocio continues to be more congenial than arrogant; you want to be forking down those cranberry crepes with him. Sure, he’s still conveying a small emotional range. But if you’re still with him after all this time, there’s virtually nothing not to like about Pilot Talk III. Like other Curren$y releases, it makes up for its lack of revelations with a contagious joyfulness.