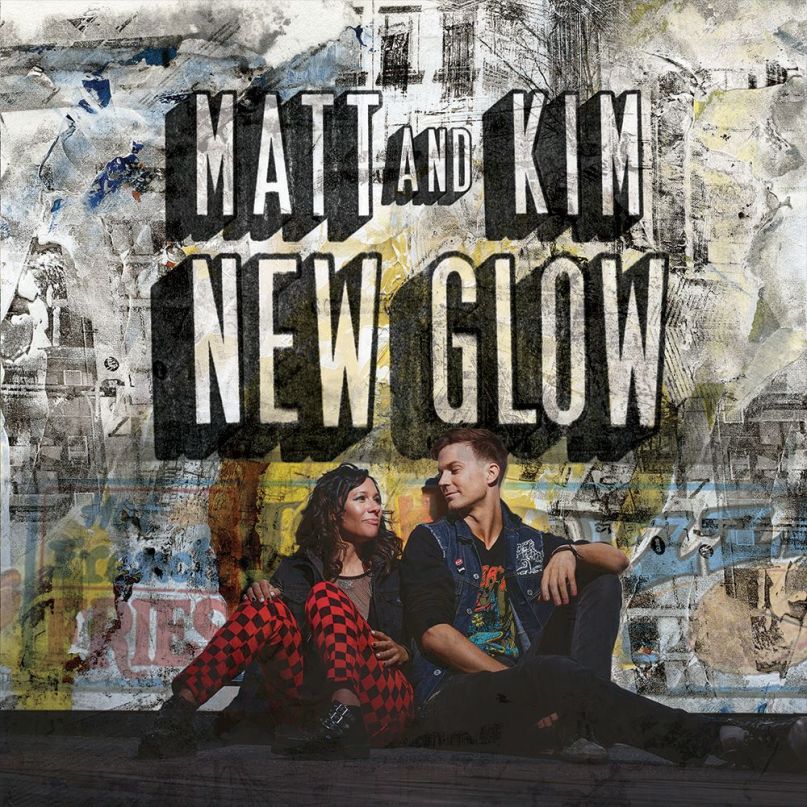 Writing a review of a new Matt and Kim album feels a little disingenuous, because, for the Brooklyn duo, it’s never been just about the music. A video of the two of them streaking through Times Square, say, or the chance to play a high-octane show to a sold-out festival audience — these are the opportunities that their music-making affords them. Their albums are a kind of means to an end that involves a full sensory assault on the world. But, as far as old-fashioned album artists go, Matt Johnson and Kim Schifino, sweethearts since their days at the Pratt Institute, have never quite fit the bill. New Glow, their fifth LP and first since 2012’s Lightning, finds them drawing from new and disparate influences, with varying levels of success.

While the duo’s sound has evolved from their earliest lo-fi days of employing nothing more than two small keyboards and three drums — with traces of EDM, punk, and hip-hop all snaking their way into this album’s DNA — their music’s blueprint has stayed the same. Synth-heavy, capital-F Fun songs like “Hoodie On” are completely devoid of nuance or wit, but they embrace a kind of dumb joy nonetheless. (Johnson’s proclamation that he’s “been around the world 10 times with a hoodie on” is about as multifaceted as this particular track gets.) While this blissful resistance to sophistication has always been present in Matt and Kim’s work in the past, on New Glow, they seem to have regressed even further from twee hallmarks like “Daylight” or “Let’s Go”. Will songs like the garrulous, trap-influenced “Get It” lift your spirits if played at full volume? (Sample lyric: “At 1 a.m., we go for gold.”) Probably. Will they challenge you or make you question any of your preconceived notions about the world? Definitely not.

New Glow is notable in that it purportedly draws from Johnson and Schifino’s relationship for its lyrical content more than any of their other work thus far, but one would be hard-pressed to notice. Tracks like “Hey Now”, chock-full of handclap beats and punctuated by low horn blasts, are built around sentiments like, “And if you’d died, I’d die right by your side.” They feel unspecific and synthetic; not so much about this unique partnership, but rather something far more vague and generic. Matt and Kim seem allergic to offering any details beyond bloated blanket statements. The ballad “I See Ya” offers a little more in the way of emotional honesty, chronicling the toll that relentless touring takes on familial relationships and personal lives, but it still feels unmoored from genuine human experience.

“We don’t want to mature in albums. We want to keep things simple and fun,” Johnson recently told Rolling Stone. And who can blame him? It’s a strategy that’s gone off without a hitch for the two thus far, making their live shows legendary and their music videos compulsively enjoyable. But as they themselves age (it’s been nine years since their first release), Matt and Kim should maybe question the wisdom of eschewing the richness of their own wealth of experience in favor of whatever the kids are listening to these days.