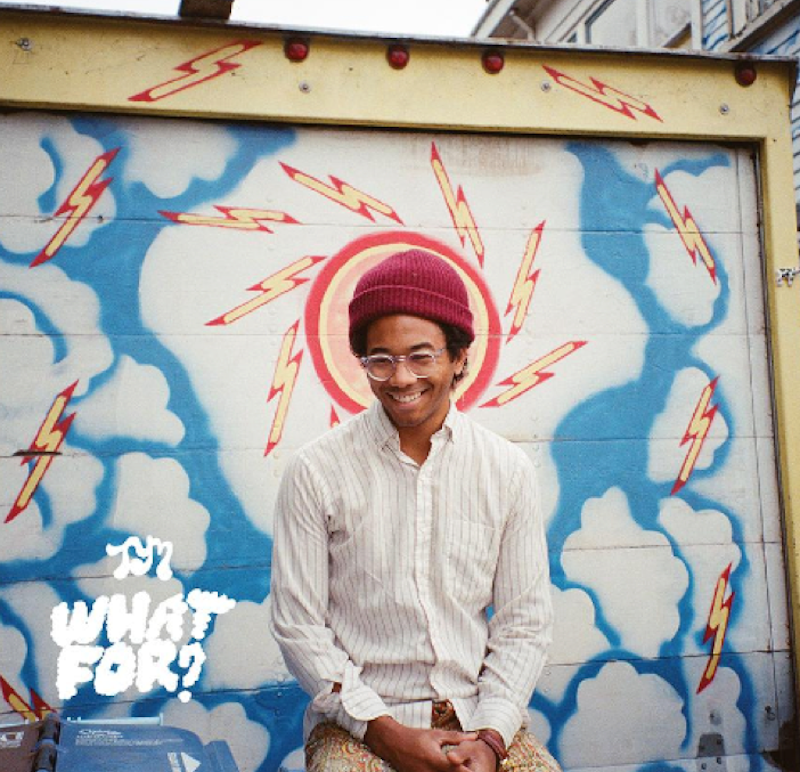 If you’re a young indie rock fan in 2015, the odds that you’re also a diehard Styx fan are pretty slim. Perhaps you’ve heard parts of Paradise Theatre or The Grand Illusion in passing — maybe on your parents’ car stereo or in a bowling alley — but have you really taken the time to thoroughly visit their catalog? It’s OK. Neither have I.

Toro y Moi — the slinky, artsy dance rock recording project from Chaz Bundick — is quite the hot commodity. Since his 2010 debut, Causers of This, Bundick has played the festival circuit, spun records for Boiler Room, and even seen his name attached to an unflattering yet utterly of-the-moment trend: chillwave. That’s quite a five-year track record. But Bundick’s recent rise to prominence is pretty counterintuitive even if the pleasant pop appeal of his records transcends genre and influence. Unlike other ‘70s throwback acts, Toro y Moi lacks the cheeky charisma of an artist like Mac DeMarco or the shock value of Ariel Pink’s demented lo-fi.

What For?, Bundick’s most recent foray into silky, nostalgic pop, hardly works toward dissolving that issue. It’s an unproductive shrug of an album that can be charming and pleasant if you don’t think too hard about it. But it’s also frustratingly devoid of new or interesting ideas, a hole that Bundick attempts to plug with his knack for catchy melodies and infectious grooves. That trick sometimes works, like on the irresistible, harmony-laden opener “What You Want” or the acoustic guitar-driven “Run Baby Run”, which turns the clock back even further with its bright, Beatles-y vocals.

In other places, the seams show too much. Unequivocal dud “Spell It Out” is built around a half-baked disco beat and a guitar riff that sounds like it was ripped right out of a Prince song. Bundick’s lyrics don’t help either. “Do you understand what must be done? Don’t make it into something that it’s not,” he coos throughout. He could easily be anyone, speaking about any situation. The simplicity of his words doesn’t lend the song any accessibility as much as it makes him seem stifled, drained of tactful ways to say, “We’re both sad, but let’s just move on.”

As the record unfolds, though, the line “Don’t make it into something that it’s not” becomes a somewhat alarming mantra for Toro y Moi in general. It can’t be stressed enough how delightful parts of What For? can be. But something lurks below the surface: The album feels inauthentic and calculated. The best example of this comes during “Empty Nesters”, which contains lyrical couplets about “high school dreams” and calling “Mom and Daddy.” It also features a synth line that’s lifted nearly note for note from the ever-uncool 1977 Styx song “Fooling Yourself”. It does function more as a minor fill than the melody’s foundation. There’s also no guarantee whatsoever that Bundick was thinking about Styx when he composed the part.

At the same time, however, there’s something undeniably empty in such a moment, especially when it’s nonchalantly slipped into a song from 2015 by Toro y Moi — the same Toro y Moi that has become an important part of our modern indie rock dialog. It’s not like there’s anything sacred about the keyboard riff, or “Fooling Yourself”, or Styx in general, but the gesture serves as a microcosm of Toro y Moi’s music, which too often frivolously, shamelessly appropriates the past without any focus on what that past means to Bundick or to us.

What For? may be praised for Bundick’s ability to look to the past while simultaneously making music that sounds current, even futuristic. But that ignores an important issue: Very few of us love Styx. Maybe it’s time we wondered whether we love Toro y Moi, too.