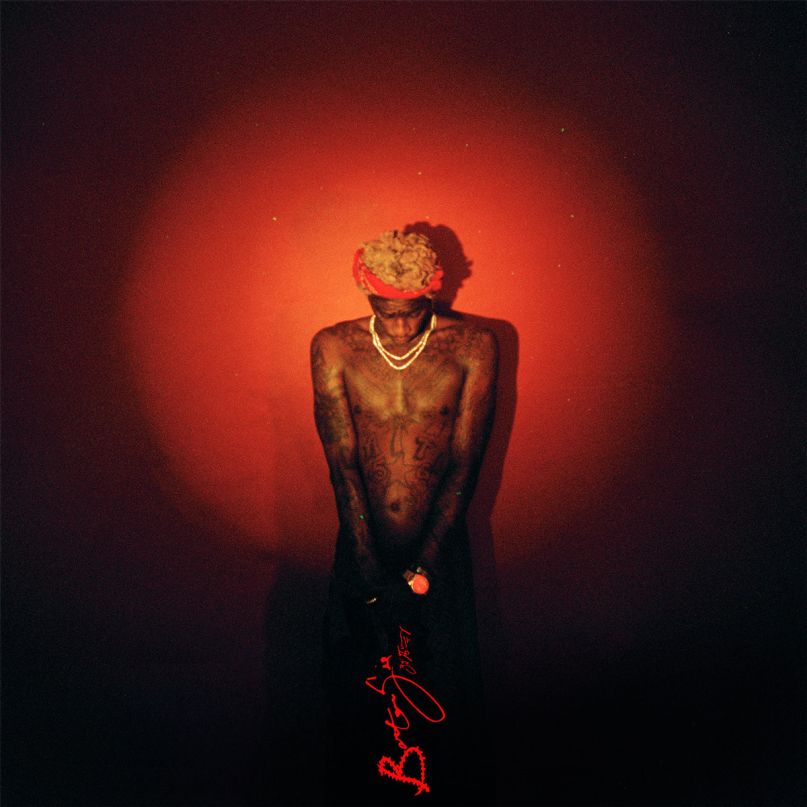 The buildup to the latest mixtape from Young Thug was all controversy. Thugger’s already polarizing style spiked when he decided to push his orbit even closer to that of another big personality: Lil Wayne. The two had similarities — the lean-riddled slurs intermingling with singing, wacky ad-libs, and croaked rhymes — but Thug crossed a line in the Book of Weezy when he announced his tape would be called Carter 6, the next step after Wayne’s still-unreleased Carter V. Though Thug claimed it was an homage to his favorite rapper, the maybe-beef escalated until the tape’s name was changed slightly (the b comes from his Blood affiliations). But other than a few equally beef-ish lines, Barter 6 exhibits none of that controversy. It’s a woozy reminder to fans why they love him and haters why they hate him.

Prior to Barter 6, Thugger existed for many in quick bursts rather than full tape listens. Tracks like “Stoner” and “Danny Glover” were strong enough to pull listens without context. Thankfully, Barter 6 takes to its enlarged scope and upgrade in sonics — maybe too well. The glossy production (executive produced by London on da Track) and sing-song flow melts together, meaning that the best hooks are still subtle enough that they don’t always stand out immediately. Whether he’s rippling out on “Dome” (“”I would rather be a coyote than be a coward”) or dropping manic scream ad-libs on “With That”, the largely syrupy production coats the rough edges that differentiate the flows. This is Thug’s biggest profile release, but rather than jump and bite at the opportunity, he’s chosen to lean into his swerve.

Thug pushes the Wayne connection immediately on opener “Constantly Hating”, referencing the Magnolia Projects and bringing along former Weezy mentor Birdman. For those not following, the Wayne/Bird relationship didn’t end well, so Thug’s aligning with the Cash Money honcho works as well as any single line to heat the beef. But Thug is too eccentric and unpredictable to pin this project down as a Wayne diss — or as a Wayne homage, or a club playlist, or a statement of self. It’s telling that this isn’t Thug’s first album, but another mixtape. Barter 6 feels like a step in the right direction rather than a destination, proof that Thugger can put together a complete package even if it’s less than adventurous. When that debut does drop, he might just be able to fuse this tape’s cohesion with the explosive, memorable hooks of his previous work, or better yet, further growth.

Essential Tracks: “Constantly Hating”, “With That”, and “OD”