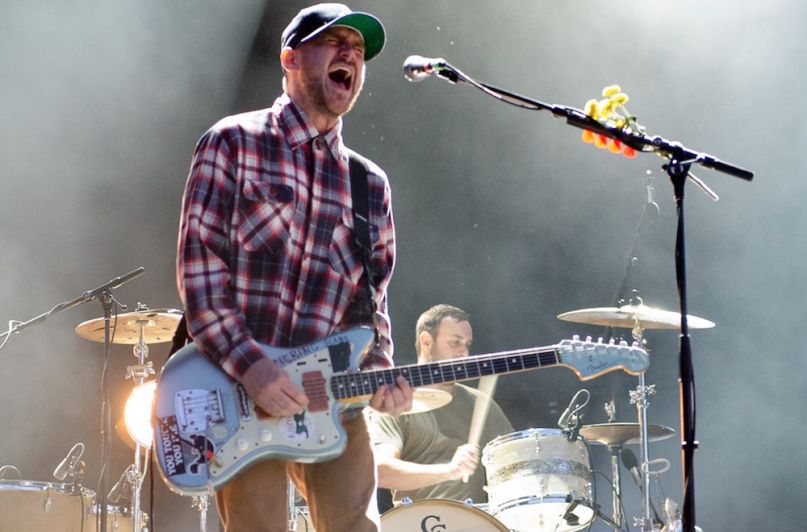 To be a Brand New fan is to be a tortured fan. From cryptic postings to lengthy, seemingly endless periods of dormancy, it’s sometimes tough to stay a true believer. That is, until the Long Island alt rockers return.

Return they did last night, and in a very big way. During their show at Denver’s Fillmore Auditorium, Brand New kicked off their set with their first new song in six years. According to reports (and the chorus), the track is titled “Don’t Feel Anything”. Judging by fan-shot footage, it sounds as though they’re exploring even harsher territories than those of their last LP, 2009’s snarling, noise rock juggernaut Daisy. Watch the performance from various angles below.

In addition to this exciting live debut, Brand New have reportedly started sending out the lyric booklets for The Devil and God are Raging Inside Me (yes, nine years after the fact), relaunched their Instagram account (see their new promo photo below), and mentioned that they’ve been spending a lot of time in the studio. All in all, it looks like 2015 might just be less torturous for starved devotees.