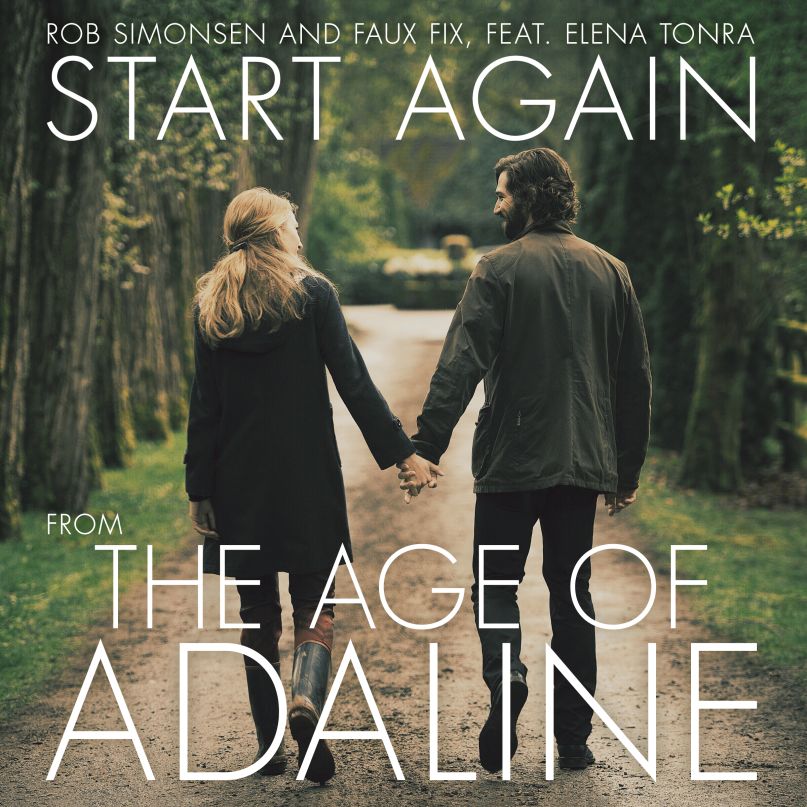 It’s a lot of talent on one track, and the result is something stirring and beautiful, well befitting the film’s complicated themes of love and time. Pulsing synths lend an ethereal tone that is tethered gently by slow-drawn strings. Tonra’s voice rings clear and slightly sad as she entreats a lover, “Speak slowly/ Savor every word/ So we won’t forget that time/ Won’t wait for no one.” She reaches new heights on the words of the title as triumphant drums beat upward in an arc of hope.

“We all agreed that since the story spans the last hundred years, the orchestra was the appropriate instrument and tone for the score,” Simonsen said of the song in a press release. “While there are some ambiences and synthesized elements in there, they’re meant to add atmosphere for the most part, and not sound manufactured, per se.”

“Start Again” will be available for purchase beginning April 7th. The Age of Adaline, meanwhile, is in theaters on the 24th. The official synopsis reads, “After miraculously remaining 29 years old for almost eight decades, Adaline Bowman (Lively) has lived a solitary existence, never allowing herself to get close to anyone who might reveal her secret. But a chance encounter with charismatic philanthropist Ellis Jones (Michiel Huisman) reignites her passion for life and romance. When a weekend with his parents (Harrison Ford and Kathy Baker) threatens to uncover the truth, Adaline makes a decision that will change her life forever.”