Folk rock act will release its fourth album this June 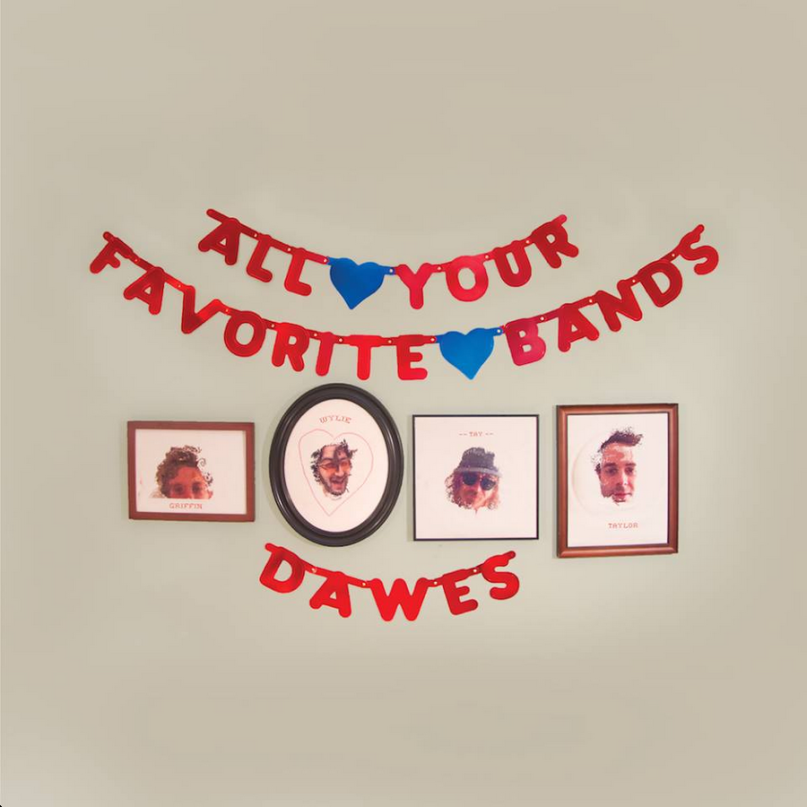 Led by brothers Taylor and Griffin Goldsmith, Dawes broke through to radio success two years ago on the strength of their 2013 album Stories Don’t End. Now, the lyrically-minded folk rock band has announced a follow-up entitled All Your Favorite Bands. They’ve also premiered the first official single from the release, “Things Happen”, which arrives with a set of charming visuals.

In the video for the new song, a busker tries to stake his territory in Hollywood only to be harassed and driven out by competing street performers played by members of the band. “Things happen/ That’s all they ever do,” sings Taylor on a chorus set against a widescreen sweep of electric guitar.

“It’s our most live sounding and most true sounding,” said Taylor of the band’s fourth record in a recent interview with Rolling Stone. “This is a really great example of what we sound like on stage.”

All Your Favorite Bands, produced by David Rawlings (Gillian Welch, Old Crow Medicine Show) at Nashville’s Woodland Studios, is slated for a June 2nd release on the band’s own HUB label. Pre-orders at various levels are now available via Pledgemusic.

Watch the video for “Things Happen” below.