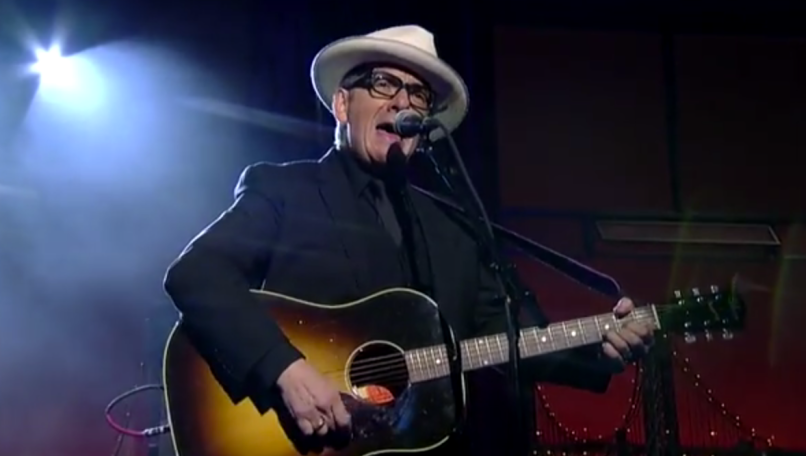 Later this summer, Elvis Costello is slated to hit the road with Steely Dan for a lengthy North American tour. Before that outing, though, the English rocker made sure to bid farewell to his long-time friend David Letterman, whose last day as Late Show host draws near.

Marking his 27th(!) appearance on the show, Costello serenaded Letterman with a heartfelt medley of Nick Lowe’s “When I Write the Book” and his very own “Everyday I Write the Book” (anyone else pick up on the theme?). Catch the replay below.

In the past, Costello has served as more than just a musical guest for Letterman; he was the first and only musician to host an episode of the Late Show, filling in for the comedian as he recovered from an eye infection back in 2003. While perhaps the two will remain friends long after Letterman signs off the air, Costello’s rockin’ performance was quite the apt send-off.

Before his final episode on May 20th, Letterman will welcome a bevy of special musical acts, including Tom Waits, David Matthews Band, The Avett Brothers, and Norah Jones.