Film Review: The Age of Adaline 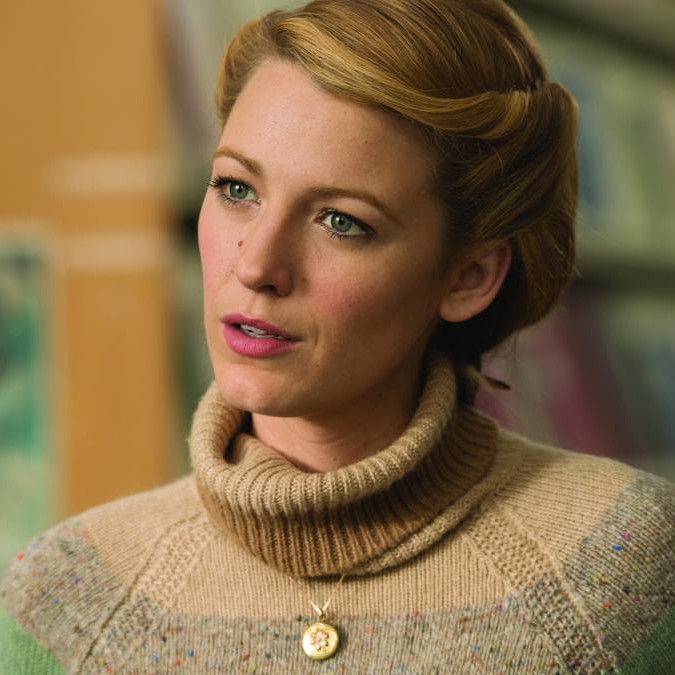 Eternal life, while swell if it guarantees a lack of death, is still an alarming concept from a physiological standpoint. Think about it. What if you’re given a pass on your own death, but you’ll be stuck with the still-human consequences of aging, like illness or physical pain? Say it doesn’t mean permanent healing powers. What if the brain goes, but the body’s fresh as a daisy? Or do things just stop? Are you then stuck with a 15-year old hairstyle, itching for it to be trendy again? And what about the loss? Like watching people depressingly age right before your eyes?

Prescient as those concerns may be, though, they’re not the things Adaline Bowman worries about.

Here’s The Age of Adaline’s magic trick: Adaline Bowman is a 107-year old woman living in the San Francisco Bay area, but she looks like she’s 29. Specifically, she resembles an affectless Blake Lively. Adaline is the beneficiary, or possible doomed specimen, that’s affected by static telomere structures, which have frozen her in a perpetual state of youth. In other words, she had a sort of Big/Benjamin Button moment where she was struck by lightning while in a body of water, and voilà, forever 29. That’s the hare-brained science and modern movie magic of Lee Toland Krieger’s sentimental and serviceable The Age of Adaline.

Adaline is a plain woman, unbelievably affected by great age. She moves through the past century, watching marriages and loves come and go. Adaline sees her daughter physically age to nearly three times what Adaline appears to be. She even picks up all the pieces and moves to new identities every so often, for fear of governmental or scientific exploitation. Or worse, heartbreak.

In a twist of fate (which we’ll suggest, rather than undo), Adaline begins to fall for an obnoxious young tech millionaire and cultural thrillseeker named Ellis (Michiel Huisman, a bizarro Adam Driver). Ellis sticks his hand in doors to get Adaline’s attention and is recklessly unpolished, but he knows the works of Bradbury and Henry James, and he loves art and history, dammit! He’s a typical movie nice guy, which is to say that he’s exhausting. He tries way too hard. But it’s not that simple for Adaline. One, she seems genuinely disinterred. Two, Adaline’s on the verge of leaving town for her next life. Three, these two are really expediting their love affair for the sake of this story.

Over time, the inherent flaws and logistical head-scratching fades away in favor of a sweetly foretold fable about love through the hourglass. The film’s moves amount to a sort of give-and-take. Lively may be wooden in her attempts to look wise and evasive, but she handles the material with a straight face. Harrison Ford shows up to look weathered and bewildered, but so does Ellen Burstyn, looking old and beautiful and truly longing for lives well-lived. The plot holes might be apparent the second you start thinking about surnames, but Krieger has sparse, well-placed Steve Winwood and Bob Dylan music to counteract them. There are enough cute historical gags and not entirely cringing expressions of love to make this particular life worth living. Lively may be emotionally flat, but even she can’t break a snappy, time-sensitive one-liner like, “When you’ve seen one, you’ve seen ‘em all.” Adaline may be preposterous, but it’s unabashedly, sentimentally so.