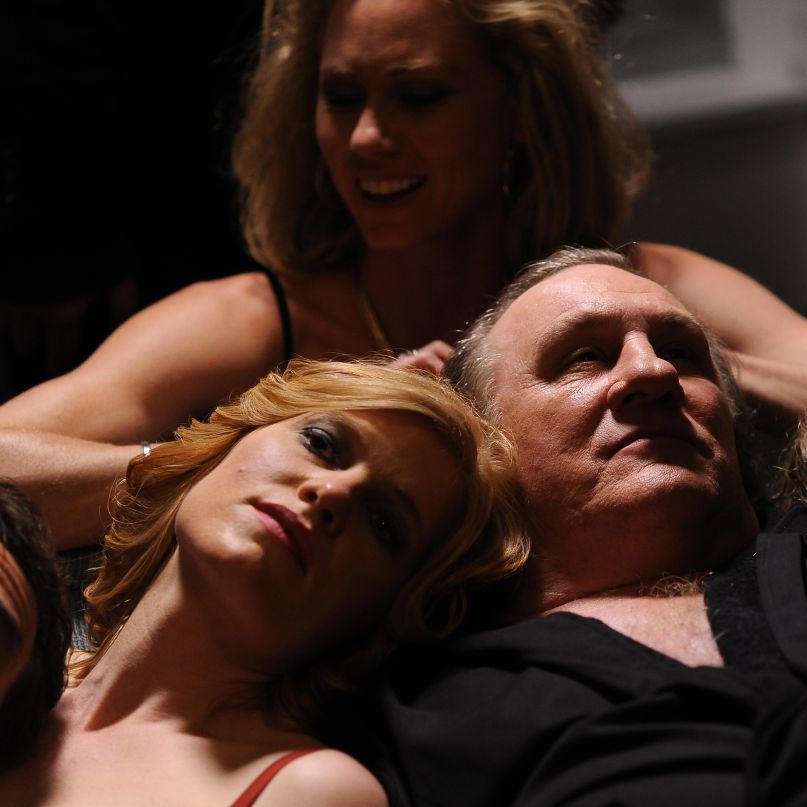 In the 1990s, director Abel Ferrara was an artist with enormous potential. His most famous film remains 1992’s Bad Lieutenant, but his earlier works have had a bit of a rediscovery period lately, with Miss .45 (1981) getting a newly restored release and King of New York (1990) finally getting the praise it’s always deserved. Yet unfortunately for Ferrara, he’s become better known for a colossal drug habit, a big mouth, and generally uncouth behavior. His latest artistic spat over Welcome to New York, in which he alleges that IFC Films censored the film for its US release, isn’t earning him any confidence.

Adding to the wacko-factor on this project is the fact that it’s based on debauched and disgraced French politician Dominique Strauss-Kahn, portrayed here by the also apparently unstable-in-real-life Gérard Depardieu. With this casting, the potential for Welcome to New York to be a train wreck skyrockets. While the film certainly has some outrageous scenes and features some typically exploitative Ferrara moments, in the end it’s more of a racy meditation on the way absolute power corrupts absolutely — well-worn territory that’s been covered better in better films.

When he’s not getting his rocks off, Devereaux keeps busy wrecking any genuine human connections he might have left. One scene of amazing awkwardness involves Devereaux meeting his daughter Sophie’s (Marie Mouté) fiancé at lunch. Here, Ferrara and Depardieu lend some depth and shading to Devereaux, who has thus far been nothing more than a sexual shark on the hunt for his next feeding. But at the end of the day, there’s nothing “to” Devereaux, and nothing will stop his monster appetites. Or so it would seem.

By the halfway point, Welcome to New York is titillating and boorish in that Abel Ferrara kind of way, but we never sense Devereaux is spiraling out of control like Harvey Keitel’s character in Bad Lieutenant. In fact, I often felt like Ferrara was painting Devereaux in an almost heroic light. That notion gains traction when Devereaux is arrested for rape. Anyone who followed the Strauss-Kahn case back in 2011 knows what this story’s outcome is, and obviously Ferrara does too. So rather than drag the film into the courtroom, the director chooses to focus on the myriad ways which Devereaux is seemingly mistreated in jail. That is, he’s treated like a man who has been arrested on suspicion of rape. With such wealth and power, that must be a real bummer.

Devereaux is strip-searched, fingerprinted, and placed in a cell with (gasp!) black people who don’t like the look of him. In one eye-roller of a scene, Devereaux paces around the crowded cell while sizing up a tough-looking black man. He even growls to cement the whole “caged tiger” effect. But Devereaux is not a caged tiger, nor is he even a real human being in this film. Since people know Strass-Kahn was found not guilty and is still a player today, it makes one wonder what the point of this film really is. Ferrara makes a stealthy attempt to pull it all together in the very last shot of the film, but by then, it feels too late. Neither shocking nor illuminating, Welcome to New York comes off merely as hero worship of a terrible man who revels in his abuses of power.