Florence and the Machine perform on Jools Holland, broken foot and all — watch

Even seated, Florence Welch delivers a magnetic performance of "What Kind of Man" 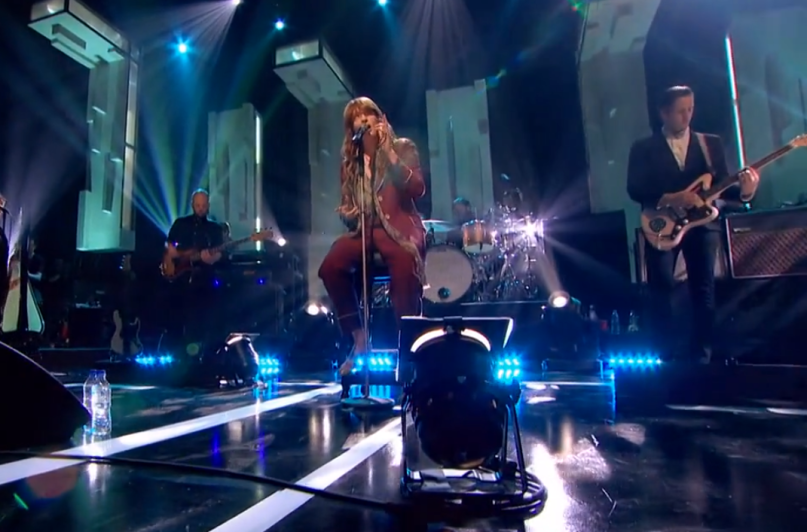 Florence Welch may have broken her foot during Coachella weekend one, but that hasn’t stopped her and the Machine from putting their all into their performances. She sang sitting down during all of Coachella weekend two, and again last night for the band’s appearance on Later … with Jools Holland. Even so, it looked like it took all her willpower to stay on the stool, as she bopped about and threw all her energy into her powerful vocals. No irony was missed in that the song they chose was “What Kind of Man”, which opens with the line, “Trying to cross a canyon with a broken limb.” Watch Welch cross the proverbial canyon below.

“What Kind of Man” is the lead single from the band’s forthcoming record, How Big How Blue How Beautiful, out June 2nd via Republic in the US (a day earlier on Island Records in the UK). Welch will get to rest the foot a bit, as the band’s next gig is May 9th at Saturday Night Live, followed by a big break until June’s Governors Ball. She’s said she hopes to be back on her feet by Glastonbury, so here’s wishing her a swift recovery.

Florence + The Machine - What Kind Of Man... by gentaa