Florence and the Machine, Rihanna to close out SNL’s 40th season 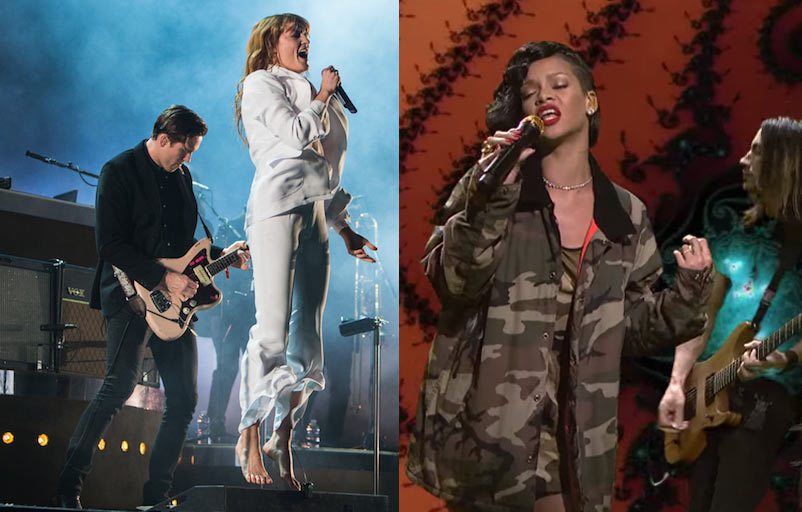 Florence and the Machine photo by ​Philip Cosores

Saturday Night Live has announced the final musical guests for its 40th season.

Frontwoman Florence Welch may have busted her foot at Coachella, but that won’t stop Florence and the Machine from promoting the June 2nd release of their new album, How Big How Blue How Beautiful. The band will be returning for their third SNL appearance on the May 9th episode alongside host Reese Witherspoon.

Rihanna, meanwhile, will make appearance number five on the show with her May 16th stint as musical guest. She’ll be supporting her eighth LP — potentially titled R8 — the follow-up to 2012’s Unapologetic. We’d bet on a performance of “American Oxygen”, and cross our fingers for a Kanye West and Paul McCartney cameo for “FourFiveSeconds”. RiRi’s episode, the last of SNL‘s season, will be hosted by Louis C.K.

Below, watch past performances from both the upcoming musical guests.

Florence and the Machine – “Shake It Out”: