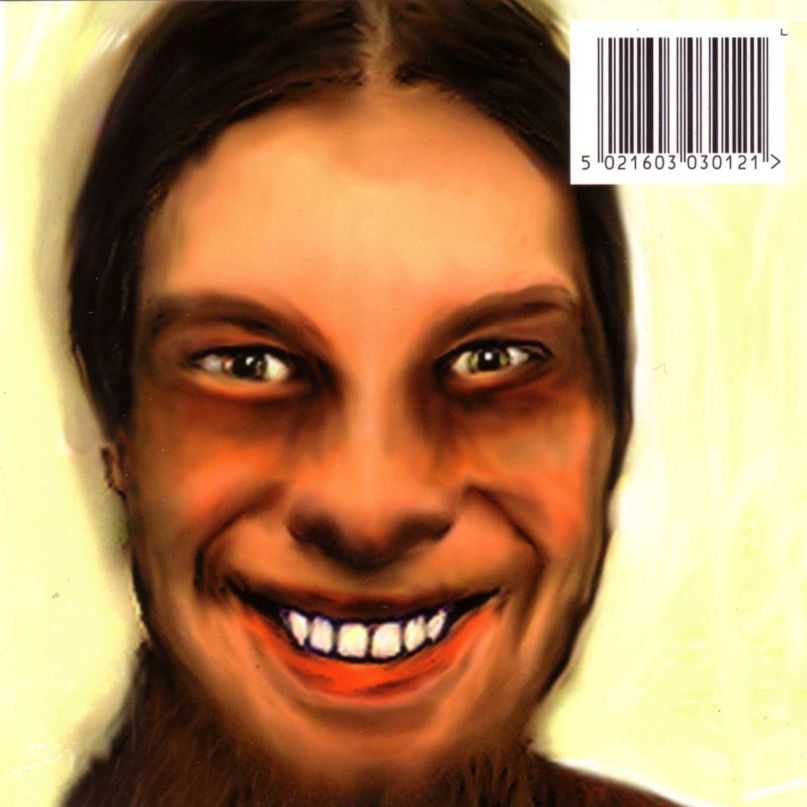 Richard D. James isn’t a regular visitor to the United States, but his work as Aphex Twin has left an indelible mark on everyone who’s explored his electronic endeavors over the past two decades. 1995’s …I Care Because You Do, which celebrated its 20th anniversary this month, wasn’t the first Aphex Twin full-length, as it was predated by his two-volume Selected Ambient Works, but the 12-track offering tapped deeper into James’ psyche than ever before. It was also the first LP to feature his face on the cover, introducing the world to his now legendary toothy grin. While it might have been his later ’90s output (“Windowlicker”, Richard D. James Album, Come to Daddy) that cemented James at the top of the electronic landscape, this analog-only album established the polarizing dynamics that he would further contort later in his career.

With some downtime between international tours, The Glitch Mob’s Justin Boreta sat down for a new listen of …I Care Because You Do. He shared his thoughts on discovering RDJ, his first listens of the album, and how a single track like “Alberto Balsalm” went on to guide the early trajectory of The Glitch Mob’s sets. And for those looking for some more intellectual noise amid 2015’s EDM flavors, he offers up some artists for us to explore while we await RDJ’s next move.

Born in 1986, I was too young to dive into …I Care Because You Do when it was first released. It probably wasn’t until I stumbled upon the official video for “Ventolin” on YouTube that I really started to explore the album. I think that moment really signified my first endeavors into left-field electronica, away from the nu-metal of the time. I think we’re about the same age, so do you remember when you first started exploring the work of Richard D. James?

“Digeridoo” was the first MP3 I ever downloaded on a 14.4k modem in my bedroom when I should have been doing homework. I was in high school, so it was probably 1996 or so. I remember starting it before I went to bed and waking up to see if the download was finished. I didn’t know what it was at the time. It was just “digeridoo.mp3”. I listened to that song over and over again ad nauseam, and it was one of the first truly electronic songs I ever heard. It wasn’t until years later that I realized that was Aphex.

As a kid growing up near the cornfields of Indiana, “The Waxen Pith” and “Start as You Mean to Go On” opened up an entirely new world of electronics to me. I had heard of The Prodigy, The Cure, and Nine Inch Nails thanks to alt-rock radio out of Chicago, but the ability to fuse delicate elements with darker analog parts seemed, at least to my teenage mind, totally unprecedented at the time. It almost didn’t seem possible that the same artist was capable of both that beauty and the violence of “Ventolin”. How did that impact you?

It was very similar for me. I was a huge fan of industrial music, The Prodigy, KMFDM, NIN, all kinds of metal, and Southern California punk. When I heard the pure, beautiful, electronic sound of “Digeridoo”, and then the heaving gnarl of “Come to Daddy (Pappy mix)”, or the depth of “Xtal”, I couldn’t believe it was the same person. I also was super into jungle, but Aphex always had a special place in my heart. His palette was much bigger than dancefloor music.

Although I wouldn’t discover it until after the fact, the term “braindance” serves as the perfect descriptor for the inspired electronics James was producing during the first half of the ’90s. The Glitch Mob arrived from a similar experimental background, so what does that term mean to you?

The term “braindance” never really made its way into the scene I was in at the time. On the West Coast, we called it “IDM” [intelligent dance music], which is an awful acronym. But it stuck. I remember going to record stores and seeing a “braindance” section, and I would always go straight there. All of the good stuff was there: Warp, Skam, Rephlex, Schematic, Merck, etc.

I recently discovered that the sample from “Come on You Slags!” was sourced from the porno flick Seka’s Fantasies — hat tip to Wikipedia. Most people can agree the dude is an electronics wizard and musical (evil) genius, but he is also capable of finding inspirations across what many believe to be the lowest form of entertainment. So many experimental artists are content to relegate their tunes to the underground heads, but James always seemed intent on sharing his music with the biggest base possible. What do you think? Is this similar to how The Glitch Mob evolved from the early days?

That has always been something that I have looked up to about him — his entire identity is part of the project. He creates different stories, urban legends, informational vortices to travel down. His music has been lumped in with the pretentious “intelligent dance music,” but there is something approachable about it. (Not all of it — some will give you nightmares.) The juxtaposition between heavy darkness and gentle depth runs through all of his work, especially …I Care Because You Do. A lot of avant-garde music is very difficult to listen to, and RDJ has always managed to, seemingly effortlessly, straddle both worlds.

Even with only a few syllables on the album, a narrative does surface after a few listens. Almost like a psychedelic trip, there are moments of confusion that populate the midpoints of this record, but a new clarity begins to form as you partake in the downtempo stylings of “Mookid” and “Alberto Balsalm”. Of course, James then flips it into the jazzy motif of “Cow Cud Is a Twin”. What are some of the feelings that hit you as you work your way through the album, then vs. now?

When I first started DJing, it was at these crazy and awesome psychedelic full moon parties on the West Coast. That was the genesis of Glitch Mob. We would set up speakers outside in the forest or beach south of San Francisco and play music all night. Some of the best sets of my life were at these events. I played a lot of Aphex in those sets, experimenting in an environment where people’s minds were very … “open.” “Alberto Balsam” was a track I would play a lot. There’s a touching melancholy to it, something timeless, but also still gently grooveable. I’ve seen people cry during that song when I played it, in a cathartic way. “Next Heap With” takes me to some alternative Clockwork Orange reality. I’ve also closed sets with it. “Acrid Avid Jam Shred” is classic Aphex and in a way still sounds like it could have just been released today. …I Care Because You Do is a full listening experience, an album in the truest sense. There are so many moods explored, so many different tempos, textures, vibes.

It would be amazing if more contemporary electronic artists would be as thoughtful during the album creation process. Even among the noise, Aphex Twin always delivered with a certain level of intellect. I think that would go a long way in polishing the current popular perception of mass EDM and the hedonism of electronic events.

It is no secret that we believe in the album — the ability to tell a story, to take the listener on a full journey. Although there has been a mass ADD-ification of the electronic music/EDM/festival world, there are actually still tons of artists writing fantastic albums: Four Tet, Lusine, Dawn of Midi, Autechre, Kiasmos, Christopher Willits, Deru, Eskmo, Scuba, or my side project Slidecamp, to name a few. It’s like Hollywood — you have big, bombastic blockbusters that get the job done, and then you have experimental indie films out there exploring. Although my personal preference is for the latter, they both have their place.

This album concluded the first phase of James’ analog-only releases. As a producer, can you offer any insights into how his sound changed once he began using more computers for his output?

The best analogy I can give is if you think of a visual artist who is using paint and then gets access to a computer with Photoshop. The palette expands infinitely. You can hear this sonic spectrum expansion dramatically on the next two records, Richard D. James Album and Drukqs.

As an artist, what are some of your long-term takeaways from this album?

Music with humble authenticity and imagination will stand the test of time.

If you were to remix one song from the album, which would it be and why?

“Alberto Balsam”. Although I don’t think I could do anything to improve it, it would be interesting to hear it in a new light.

What are you anticipating from future Aphex Twin releases?

As a card-carrying fanboy, I can’t wait to hear what new creative territory he explores. This “MARCHROMT30a Edit 2b 96” has been on constant rotation since it dropped.

The Glitch Mob will be on tour this summer. Consult their full itinerary here.