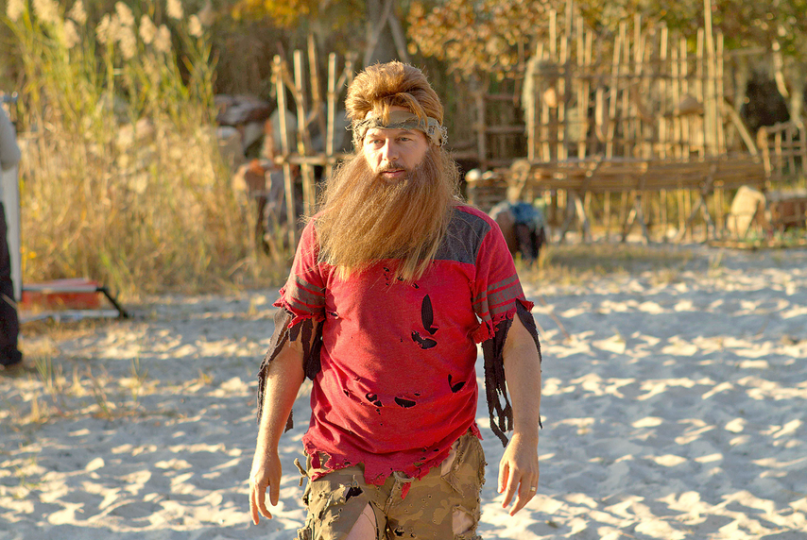 Fourteen years ago — almost to the day — David Spade made a light splash across Hollywood with his redneck road comedy, Joe Dirt. The film followed the titular, mulletted orphan as he searched across America for his long lost parents, stumbling along the way into quirky characters played by Christopher Walken, Kid Rock, and Brittany Daniel.

Well, now Spade’s got a whole new adventure for himself — one which involves time travel, no less —  in the very essential Joe Dirt 2: Beautiful Loser. What’s more, he even managed to rope in the majority of the original cast, which includes, yes, the very obnoxiously witty Dennis Miller.

“Joe ‘Keeps on keepin’ on,’” Spade told EW of the new time traveling sequel. “He’s married now and doing his best, but things don’t all go perfectly for him, as usual. Like he says in the movie, when he gets a setback, ‘I just keep getting stupider.’”

Still, you can’t fault him for being honest about the whole thing:

“I’ve always liked the movie a lot, but I also go by feedback from people I see or [what they write] on Twitter and Instagram. Besides Tommy Boy, this is the most talked-about movie for me. After 10 years of people still asking about a sequel, we finally found a good way to do it … Joe is a fun character to play. I’m stoked for everyone to see it.”

Spade, Walken, Daniel, Miller, Adam Beach, and Sugar Ray’s Mark McGrath will all star. Fred Wolf, who co-wrote the original and this sequel with Spade, will direct the film for Happy Madison Productions. And while the film won’t see a theatrical release, it will be the first made-for-digital sequel to a motion picture, premiering exclusively this summer via Crackle.