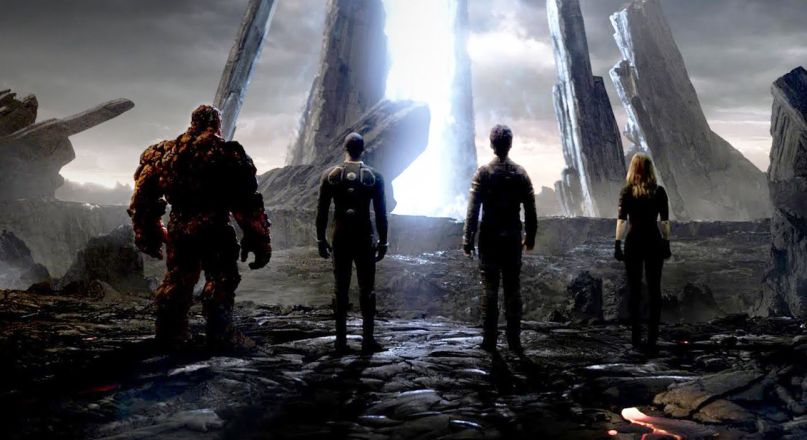 Director Josh Trank and 20th Century FOX have unveiled the first official photo of Jamie Bell as Ben Grimm, aka The Thing, from this summer’s reboot of Fantastic Four. The photo surfaced this morning as an exclusive to Empire Magazine and the whole CGI look is quite impressive.

It’s a far cry from the rubber suit that Michael Chiklis had to wear in the previous two films. For one, Bell actually looks like an amalgamation of rocks and, what’s more, there’s a depressing, scarred element to his demeanor that speaks to Trank’s intentions to make this film less cartoony and more in line with David Cronenberg’s brand of body horror.

“Jamie in real life is a tough guy,” Trank explained to Empire. “He exudes this strength. Ben is Reed’s best friend in the archetypal, spiritual way, and you want that character to have that warmth and that strength.”

Two other photos were released, revealing a key scene with the team in a crater and what looks to be Reed Richards (Miles Teller) on an examination table. Check them all out below.

The film is due out August 7th. Below, find the latest trailer.