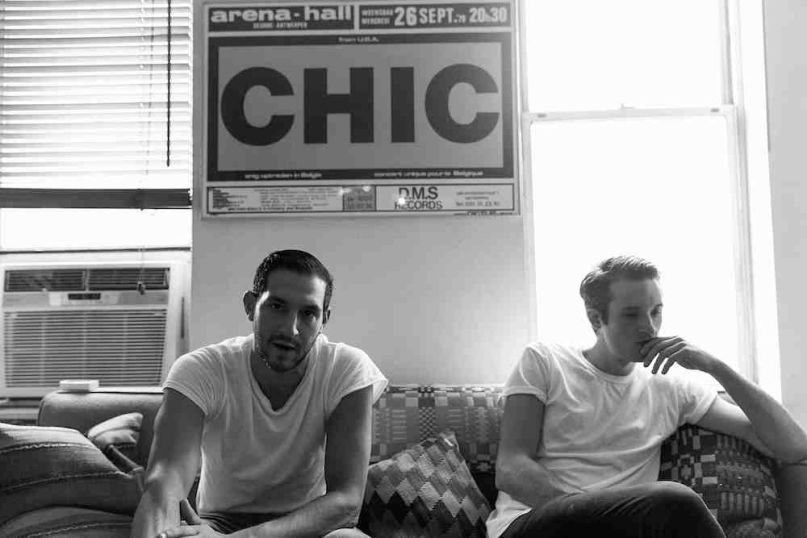 Since forming back in 2007, Holy Ghost! has churned out an impressive number of remixes. Some of those include club-friendly renditions of Phoenix’s “Lisztomania”, LCD Soundsystem’s “Drunk Girls”, and Cut Copy’s “Hearts on Fire”. Now, the New York synthpop duo has compiled a handful of those older reworks, as well as a few unreleased ones, for a new remix album called Work For Hire, due out on May 5th.

“Letting our remixes go has always been kind of hard,” band member Alex Frankel said of the whopping 20-track effort. “We labor over them for weeks, often reproducing every element of the song from drums to vocals, and really try to give them as much life and love as we would an original song.”

He added, “To see them all here, done over so many years but now in one comprehensive collection, side by side, is amazing. It’s also kind of like looking at our own musical timeline. You can hear us developing as producers, having fun, experimenting, and — above all else — working. This album is a scrapbook of our work and time together.”

In anticipation, Holy Ghost! has unveiled one of three all-new entries on Work For Hire, a groovy, late-night reworking of Hanni El Khatib’s “Two Brothers”. Listen in below.

In support, the duo’s lined up a string of US tour dates, including some alongside Empire of the Sun.