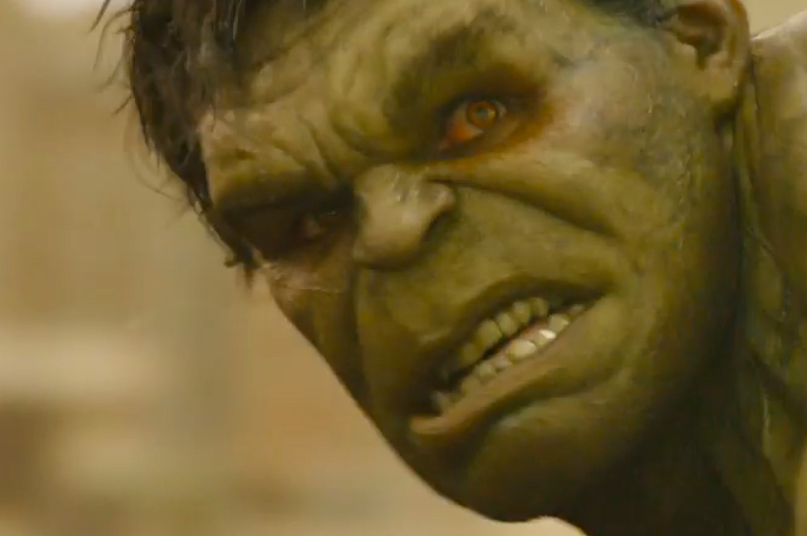 Iron Man will fight The Incredible Hulk in Avengers: Age of Ultron. We’ve seen it teased countless times in the previous trailers, and now you can see a short clip of the much-hyped battle.

During the MTV Movie Awards last night, Robert Downey Jr. introduced the new clip which confirms — spoiler! — that Bruce Banner (Mark Ruffalo) is under control by the nefarious Scarlet Witch (Elizabeth Olsen). As such, things get a little smash-heavy and ol’ Tony Stark (Downey, Jr.) has to drag out his new Hulkbuster armor. Watch below.

Here’s the official synopsis for the film: “When Tony Stark tries to jumpstart a dormant peacekeeping program, things go awry and Earth’s Mightiest Heroes, including Iron Man, Captain America, Thor, The Incredible Hulk, Black Widow and Hawkeye, are put to the ultimate test as the fate of the planet hangs in the balance. As the villainous Ultron emerges, it is up to the Avengers to stop him from enacting his terrible plans, and soon uneasy alliances and unexpected action pave the way for an epic and unique global adventure.”

Update: Two more clips have surfaced. One involves a “dialogue” between Hulk and Black Widow, the other sits in on a briefing between the Avengers. Watch below.