"Do everything you can, tell everyone you know and the children that you have one day, that music is sacred." 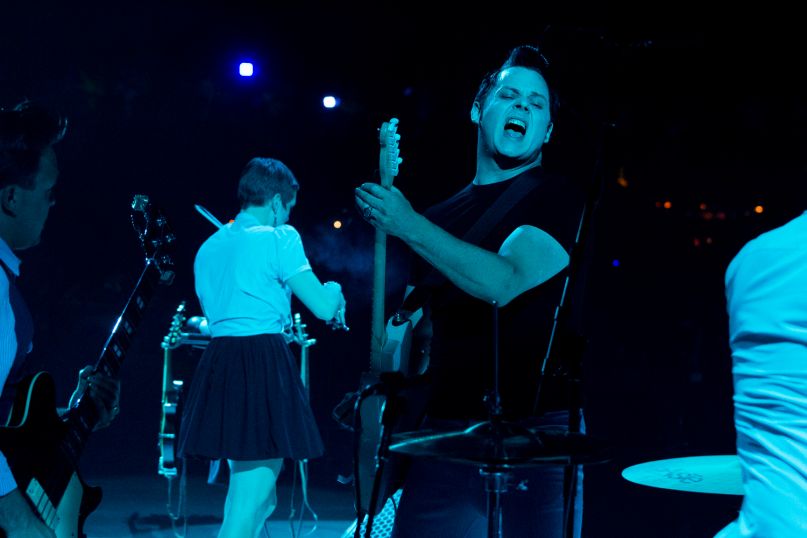 This weekend, Jack White hit the stage at Coachella for his final electric performance before embarking on a lengthy hiatus. Consequently, the set appeared to have a little more oomph than usual, especially when it came time for “Seven Nation Army”.

The White Stripes’ legendary anthem was extended into a nine-minute jam session, which saw White rally the Coachella faithful with a call to arms. “I want you to do me a favor,” White proclaimed mid-way through the performance. “Do everything you can, tell everyone you know, and the children that you have one day, that music is sacred,” before asking fans to chant “Music is sacred!”

He continued, “This is your world right now. Digital, analog … however you consume music, let it move your balls and move your brain. I want everyone in this audience to spread the word: Treat musicians with as much respect as you treat actors, directors, and film studios. Treat your local punk bands as well as you treat the new blockbuster movie.”

The performance concluded with White throwing a drum cymbal across the stage. Watch full fan-shot footage below.

Before his hiatus officially begins, White will play five surprise acoustic sets in the five states he has yet to visit.