Goth songwriter preps new album, The Other Side Of Midnight 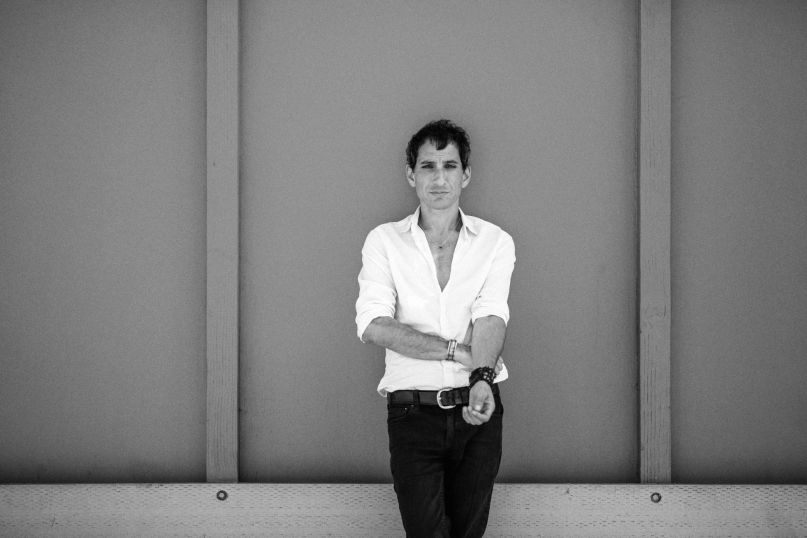 Jonny Polonsky’s name may not sound familiar, but the Chicago songwriter has worked with some of the biggest names in the industry. After releasing his 1996 Rick Rubin-produced debut album Hi My Name Is Jonny, he’s gone on to perform on albums by Johnny Cash, Neil Diamond, Dixie Chicks, and Donovan. Along the way he’s garnered fans from Frank Black to the late Jeff Buckley. Now, he’s preparing to self-release his latest solo album, The Other Side Of Midnight, on May 12th.

The effort marks the first time since Hi My Name Is Jonny that he’s played all the instruments on an album. To help bring that music to life, David Lynch collaborator/engineer Dean Hurley (Zola Jesus, Twin Peaks soundtrack) mixed the album at Lynch’s personal recording studio. Those Lynchian vibes carry over with his latest single, “Chip Away The Stone”.

“I wrote this song thinking about 3 Clubs, a moody, old Hollywood vibes nightclub in Los Angeles I used to play at all the time,” Polonsky says. “The song is kinda goth, kinda Prince. Keep your eyes on yourself or you get lost in society’s weird whirlpool. My own take on Tom Waits’ ‘Dirt in the Ground’.”

The gothic aesthetic is immediately apparent with the low, brooding synthesizers that open the track. As the song progresses, Polonsky’s melodies become sweeter and more inviting. Brighter synth lines pop into the mix alongside Polonsky’s breathy vocals. Still, underneath it all is the somber, creaking rumble that is there from the beginning. Despite all of his pining for a lover, he cannot escape the darkness.