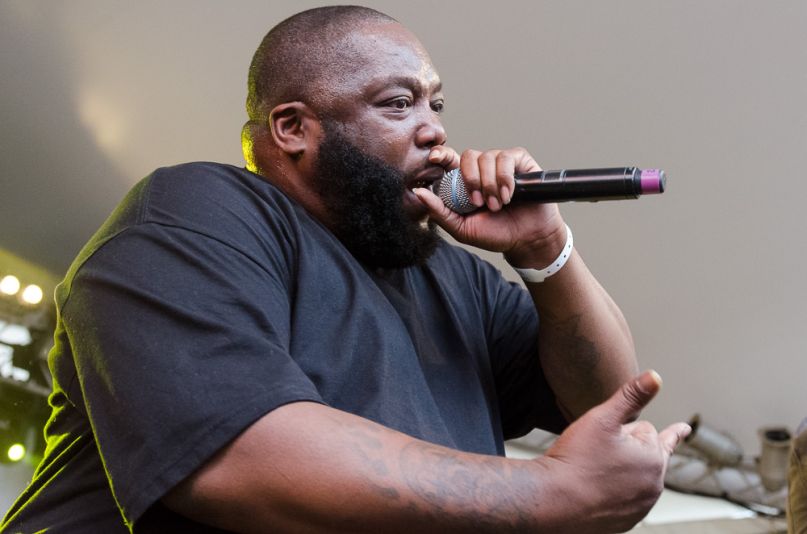 Kanye West may have taught a court-mandated class on fashion, but Killer Mike got to be head of the class at MIT. The Run the Jewels rapper was invited to take part in the vaunted school’s MIT Hip Hop Speaker Series on Friday, April 24th. Prior to the lecture, Mike sat down with students and reporters for a Q&A session, video of which has surfaced online.

Eloquent and astute as ever, Mike delivered disquisitions on everything from police-public relations to race in politics and music. He equated the current record label business to sharecropping, which he said only differs from slavery because there’s a purported goal. He said labels can go, “Yeah, man, you sold a million records, but goddammit we didn’t make that marketing money back.” The solution, then, is to become better business people, which he admitted most artist don’t want to do.

Questions were often geared towards the larger political body, but Mike continued to steer the conversation towards the power of the proletariat. “These people are not our masters, they’re not our rulers, and if they are I think you should just kill your masters. And that doesn’t have to be in the literal, but it does have to be in the we won’t vote for you or your stinking party if these things keep happening again.”

Mike also touched on politics in rap (“Dumb rappers should just shut the fuck up and make dumb music that I hear on the radio in the middle of the day”), how hip-hop history should be taught, a recent run-in with the police, and a compelling case for pardoning Assata Shakur. Check out clips of the Q&A below.