"I was crushed. It didn’t get backed up" 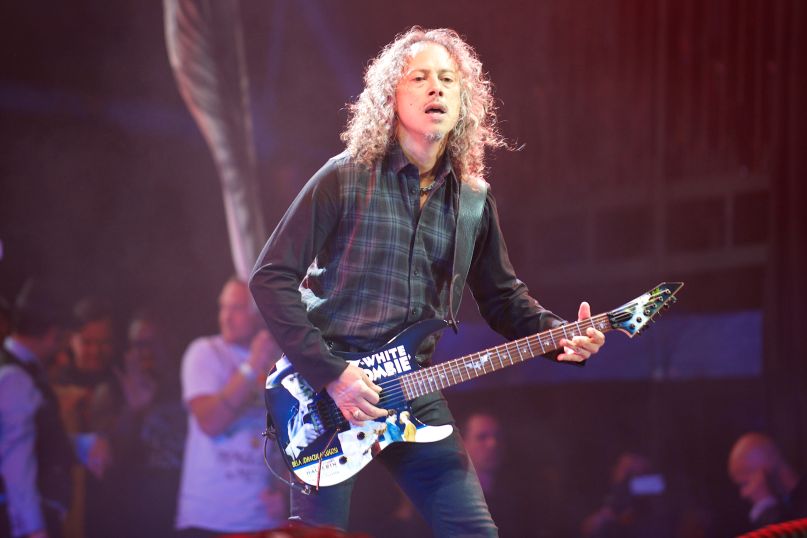 You can blame Lars Ulrich for turning down the bass, Orion Music + More for emptying the bank, and now absentmindedness for losing out on some epic riffage. Metallica guitarist Kirk Hammett has revealed that six months ago, he lost a phone containing approximately 250 riff ideas.

“I lost my iPhone with 250 musical ideas – and I was crushed. It didn’t get backed up,” Hammett explained during an appearance on The Jasta Show podcast. “When it happened, I was bummed out for about two or three days … I’m still looking for it to this day … It still might turn up, I’m hoping that it will.”

The recordings were early concepts for the band’s highly-anticipated 10th record and follow-up to 2008’s Death Magnetic. Hammett said he can only remember about eight of the 250 concepts.

He’s clearly still kicking himself for losing all that work, but he’s trying to move on. “So I just chalked it down to, ‘Maybe it just wasn’t meant to be,’ and I’ll just move forward with it.” Still, he had a warning: “All you musicians out there who use your phone, make sure it’s backed up, right?”

As for where the album’s sound could be heading, he said things are sticking close to their most recent effort. “The stuff that’s coming up is super-riffy, super-heavy … I would say it’s a lot similar to Death Magnetic, but different in certain parts. James [Hetfield] is doing a lot of really, really cool melody stuff these days, a lot of vocal layers.”

He also revealed that they’re currently working with Greg Fidelman on the record, but it’s too early to tell if he’ll pick up final producer duties. Listen to the hour-long chat below.