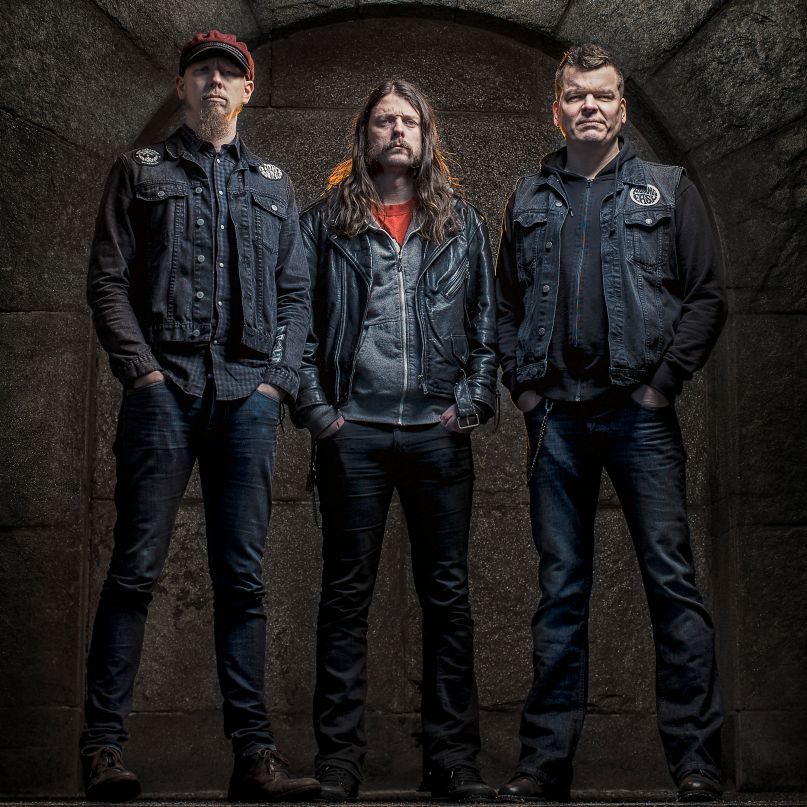 Swedish doom trio Monolord will release its colossal sophomore album, Vænir, in the coming weeks. The band has already teased LP cuts “Cursing the One” and “We Will Burn”, and now it’s dropped a third massive track, “Died A Million Times”.

“This track’s theme is a bit different from the others,” guitarist Thomas V. Jäger says. “It’s about getting lost in your mind. A psychedelic mind-trip evoking the feeling that you’re dying. Over and over again.”

It’s an expertly paced 10-minute opus built on a thematic bass line that ducks and curls through tempo changes, instrumental drop outs, and crushing buildups of feedback — the most complex piece on the album. Typical of Monolord, the vocals are dreamy and ethereal, only here they’re placed up front, with the chorus even touting a catchy melodic hook. It’s a truly modern sound: recognizably doom, but with the glistening production values of Sigur Ros and adventurous songcraft of Rush. Check it out below.

Vænir comes out on April 28th via RidingEasy Records (pre-orders are ongoing). In support, Monolord will play Roadburn Fest on April 9th in Tilburg, located in the southern reaches of the Netherlands.

Vænir tracklist:
1. Cursing the One
2. We Will Burn
3. Nuclear Death
4. Died a Million Times
5. The Cosmic Silence
6. Vænir