Amanda Palmer has offered to help Moz fund his next LP; consider this his response 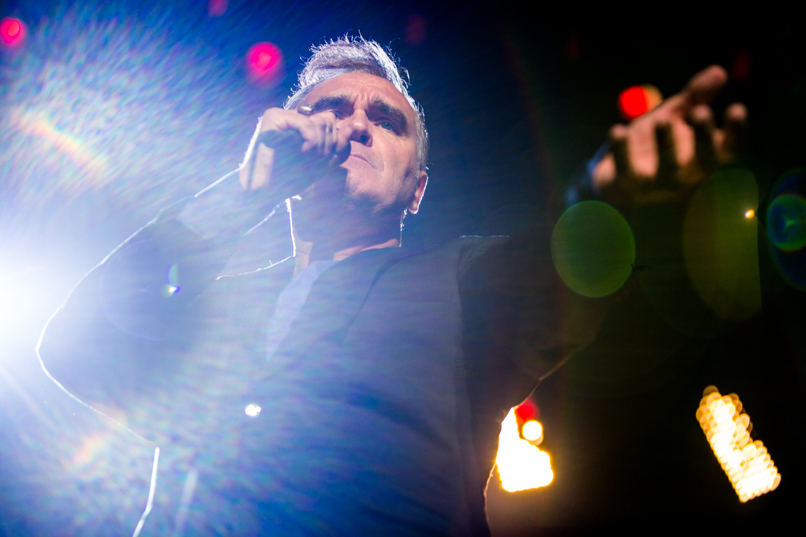 Just a year removed from World Peace is None of Your Business, Morrissey is already working on his follow-up. However, there’s been a bit of a hitch.

“I have a lot of songs,” he recently told The Guardian. “We could record three studio albums immediately, very easily. But none of the [major labels] are interested.” He pointed to his age and the fact that he doesn’t use “silly electric beats” as the reason for him being a free agent. His most recent label, Harvest Records, probably thinks it’s something else.

Amanda Palmer, whom The Smiths singer is (potentially) performing with this July, offered a solution. In a letter posted on Salon, Palmer said she’d love to help Morrissey crowdfund his next record. She is, after all, the queen of such endeavors.

Though it wasn’t a direct response, Morrissey shared his opinion on the concept of asking fans to help fund a record with the Spanish newspaper El País. (Note the quotes have been translated from English to Spanish and back again via Google.) “It is a desperate measure, and insulting to your audience,” Moz said. “We have already provided sufficient amounts of money. What is the next thing you’re going to ask? What brush our teeth?”

Instead, he said that touring is the best option for him to earn capital from his fans. “It’s the only option left luckily me and is a very good and exciting,” he said, adding, “The only unpleasant part of this that whenever a concert is canceled the story captures attention; but if the concert took place, it would hardly be mentioned. Many people enjoy writing negative things about me. Which is fine with me. Let them go if it makes them happy.”

While it’s true that critical headlines make “good” news stories, Moz hasn’t exactly made it difficult to write anything but.