Backed by the sons of Willie Nelson, Young played a $10 gig last week 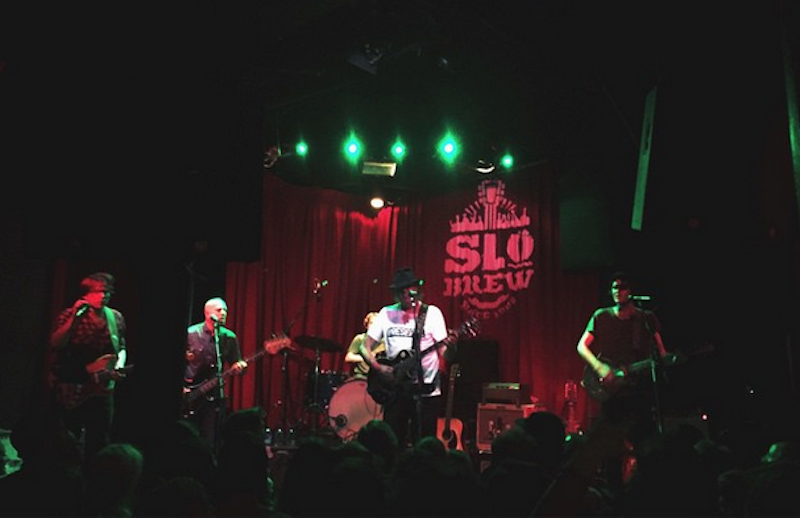 Speaking with Rolling Stone earlier this year, Neil Young revealed he was working on a new album with Willie Nelson’s sons, Lukas and Micah. Last Thursday night, the rock icon debuted some of that new material during a secret gig at at SLO Brewing Company in San Luis Obispo, California.

In front of a crowd of just over 450, Young was backed by the Nelsons on guitars, plus Lukas’ Promise of the Real bandmates Corey McCorkmick and Anthony Logerfo on bass and drums, respectively. Most of the material was from the tentatively titled The Monsanto Years, though they also touched on classics like “Down By the River”, “Everybody Knows this is Nowhere”, and Young’s first take on “Walk On” in over a decade.

Watch fan-shot footage of the performance below, followed by the setlist via Jambase.

“Down by the River”:

“Everybody Knows this is Nowhere”:

Welllllll that was f*%#*ing nuts! Going to tonight's secret Neil Young show was one of the coolest things I've ever done 🙌🏼⚡️🎸 @kendraaahhhhh @grrrnola @intothebrew @winecamp