A truly uninspired and troubling rendition 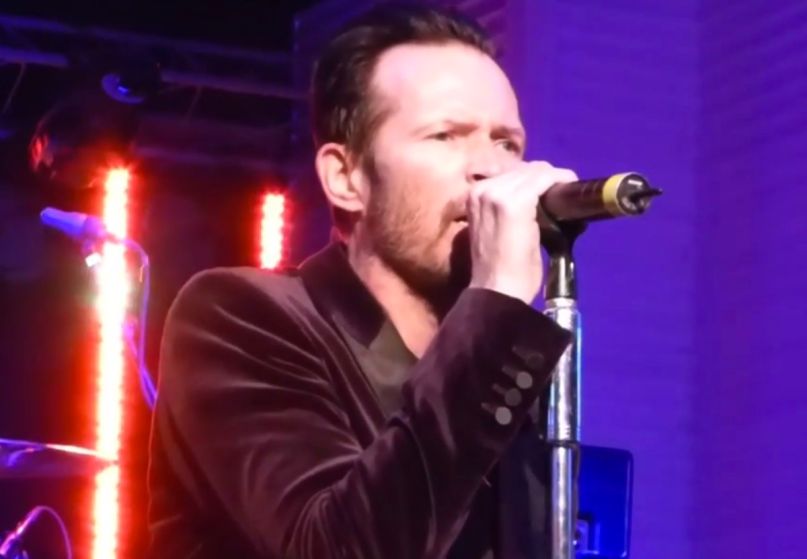 Scott Weiland has not been making it easy to be a Scott Weiland fan. Last month, an inebriated Weiland allegedly told devotees “Let’s suck a dick!” during a meet-and-greet event, rude comments which he later apologized for. Now, during a recent show in Corpus Christi, Texas with his Wildabouts backing band, the rocker offered a ghastly performance of Stone Temple Pilots’ “Vasoline”.

“Alright, this is a new song, we just worked it out today,” Weiland told the crowd, before launching into the ’90s classic. He must have meant “horrendous rendition” when he said “new.” While the band played its part faithfully, Weiland muttered his vocals with little to no enthusiasm, frankly looking as though he wanted to be anywhere else but on that stage.

Perhaps it’s meant to be an indirect jab to STP, who kicked him out of the band back in 2013 and have since moved on with new singer Linkin Park’s Chester Bennington? Online commenters have dubbed the performance “sad,” suggesting that the frontman may have been under the influence and is in need of “therapy or rehabilitation.” Either way, it’s unfortunate that fans had to witness such a sight at all.

Weiland and the Wildabouts are currently on tour in support of their also less-than-stellar album, Blaster.