Plus, a Q&A with the LA indie rock outfit and the Broken Social Scene member 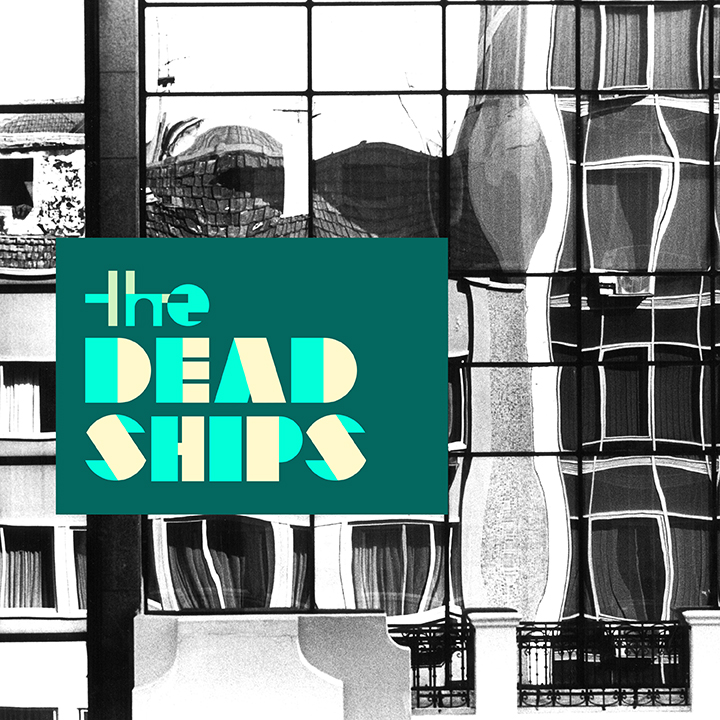 For their latest release, The Dead Ships set out to once and for all capture their rambunctious live energy on tape. Luckily for them, Broken Social Scene’s Brendan Canning was so hooked on the band’s shows that he decided to help them out with production, doing so for the first time on a project that wasn’t his own. The resulting effort, EP I, will be self-released on May 5th, but the seven-track effort is now available for advanced streaming below.

Included on the EP are previously released singles like the charging “Canyon”, soaring “Big Quiet”, and tumbling “Seance”. Elsewhere, frontman Devlin McCluskey explores entirely new depths of his vocal range on the rattling knee-knocker “Floordboards”, drummer Christopher Spindelilus drives hard towards “Tomorrow’s Crashes”, and bassist Alex Moore creates some sorrowful spirals while committing “Citycide”. Just about everywhere, Canning adds his own guitar talents to the songs. With his help, the LA trio have finally succeeded in distilling the power of their stage presence into a series of three-to-four minute blasts of garage rock glory, and you can hear the whole thing below now.

It’s enough to make you wish there was more, and wouldn’t you know it, more’s coming. A companion record dubbed, fittingly, EP II is expected in the coming months. Unfortunately, the tale of why there was so much extra material isn’t the happiest, though it goes a long way to explaining some of the themes and energy of the tracks. McCluskey and Canning were kind enough to answer a few questions regarding how the songs came about, and what working together was all about.

The Dead Ships also have a Chicago show plus a string of dates at Canadian Music Week lined up. See those beneath the Q&A.

How did you two come into contact with each other? Brendan, how did you decide to make this your first outside production job, and Devlin, what was it like getting that offer?

Devlin McCluskey (DM): I’ve seen [Broken Social Scene] a handful of times going back to 2005 and remember listening to them on repeat during a week-long road trip when I was in college. To be honest, I was happy just to meet him and thought it was wild that he came out to a couple of our shows. When I heard he wanted to produce us, the excitement sent me through something close the seven stages of grief. After the acceptance, I did whatever I could to make better songs. I gave up drinking, I started writing every day, cut down sleep patterns to presidential levels, and I would’ve sold my soul to a demonic spirit but all the cross-roads in LA have been taken over by organic farmer’s markets and Del Tacos.

Brendan Canning (BC): My manager at the time, Geoff Scherr, was friends with the Dead Ships crew and my partner at Draper St. Records, Sarah Haywood, was a big fan of the band. We all went to see them play at a relatively shitty club in Toronto. The show was loud and proud, and that’s basically where the relationship started. We later hung at my house, drank some Scotch and listened to records before the guys went off to play another show the same night at Toronto’s famous El Mocambo. The Dead Ships were the first band to approach me who had songs I liked and I believed I could contribute something useful to the sound they were after.

What did Brendan ask or do in studio that elevated this EP beyond what had come before, like Electric Ahab and the singles? Were there any tricks or different techniques he presented the band with that they hadn’t considered or used before?

DM: I recall him saying, “When in doubt, ask yourself: What would AC/DC do?” Chris, Alex and I still can’t tell if he was joking. But when you’re in the studio for 10 hours playing with synths, shakers, tambourines, and finger pianos, it’s good to be reminded every now and then that you’re making rock music. Brendan has made a lot of records that we love, and his experience gave us security to experiment. As the nights wore on, Alex would get wacky with bass tones, Chris would mess around doubling toms, or I’d belt out some vocal in an octave I have no business singing in. It was great having Brendan there to help rein us in or push it forward. Brendan knows how to make songs move and we trusted him to lead us down the right path. Which, weirdly, is probably what AC/DC would do.

On the same token, Brendan, how was your approach or mindset different here than what you’ve done for BSS or your own music? How did what you’ve done with your past work influence you as a producer?

BC: It was fairly simple. I strapped a guitar on, which no one in the band seemed to mind, and then started spitting out arrangements ideas and and how we could make the songs better. Like all my BSS comrades, we all have ideas on how music should sound, but this was an opportunity to work outside that circle. For me, making music is about reacting to scenarios and bringing out the best in the individuals you’re working with.

“Floorboards” sounds pretty TV on the Radio-y, while “Canyon” has its Strokes vibes. Who were you looking for as inspiration here, or who were you listening to? Was there ever a “let’s try something BSS-like!” moment?

DM: I was listening to a lot of [Pixies’] Surfer Rosa and Doolittle, Exploding Hearts, and Hunky Dory — they definitely all helped in different ways. Chris and Alex were listening to a lot of Modest Mouse and the Cure. Throughout writing Brendan would send us tracks from people like the Pretenders, Elvis Costello, or the Damned to learn as homework. Some were songs I would not normally listen to, but some structural ideas and chords came out of learning those songs. BSS have so many great grooves and Brendan is a groove guru. I think he helped smooth a lot of transitions into something more vibey and continuous.

BC: I always felt “Floorboards” was a little TV on the Radio-esque while “Canyon” was more Strokes-y. In the mornings before the studio, I was listening to PJ Harvey, Bat for Lashes, and St. Vincent, but I don’t necessarily hear those influences on the recordings. Since the recording was a very male experience, I wanted to hear some female-produced music. That said, I think the Dead Ships are very in touch with their inner woman.

You said that you ended up recording way more than just the one EP — why decide to split it into multiple EPs instead of an album? When can we expect EP II and what can we expect from it? Very different stuff, more of a continuation?

DM: An EP was always our plan because we wanted to get those first songs out as soon as possible. Like everything in my life, that plan got reevaluated when my best friend took his own life last year. I’ve developed a potentially unhealthy habit of trying to process everything, from highs to lows, by writing songs. It’s led to a strange lifestyle, but also dozens of new tunes and an urgency to go back into the studio. All the tracks we did with Brendan feel and sound cohesive as one project, but EP I was the best introduction while still making two statements that can stand on their own. We just hope we’ve got Empire Strikes Back and not Slamdunk Ernest.

Like any good part one, we have to leave you with a cliffhanger … right?  How’s this for an image: my presumably dead hand springing back to life holding EP II after this interview is buried under months of Mumford & Sons headlines.

BC: EP I and EP II are companion pieces and the result of two separate recording sessions at Studio Wishbone with the same engineer. Having two separate releases was a group consensus that felt like the right thing to do. Let the people hear some songs from The Dead Ships and if the people are still curious, let them hear more. If the first EP gathers some steam, I think it’s more exciting for a fan to have to wait … just a little bit.