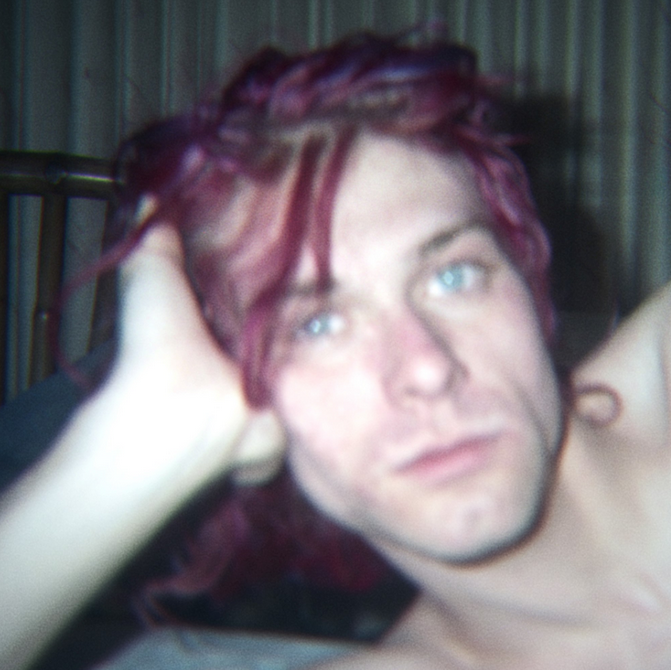 Kurt Cobain’s widow, Courtney Love, and their daughter, Frances Bean, gave filmmaker Brett Morgen access to journals, audio recordings, paintings, drawings, and home videos left behind by the late Nirvana frontman. Morgen’s journey to create the excellent Kurt Cobain: Montage of Heck began in 2007, and eight years later the director brings us what can only be defined as the definitive Cobain documentary. There is nowhere else to go from here.

Every tape is played, a healthy amount of both early and established live Nirvana pops off the screen, and nearly everyone who played an important role in Cobain’s life is interviewed. Montage is an in-depth look at the singer’s many strengths and weaknesses through the use of animation, interviews, and never-before-seen home movies. We witness Cobain’s success and the love that came with it, as well as the actual Love and downward spiral that followed. In spite of the fact that Love is the one who granted Morgen permission to use all of this material, he doesn’t shirk his responsibility to show us the good, the bad, and the wholly uncomfortable.

The film’s title comes from a mixtape Morgen discovered while sifting through the countless amount of material for the project. The tape includes songs by artists ranging from Black Flag to The Beatles, with a smattering of Cobain’s very own audio experiments. It’s through tapes like these that the film breathes and pushes us through the boundaries the artist put up during his time in the spotlight. There is even an audio recording of toddler Kurt from the late ‘60s/early ‘70s that plays over old home movies of him running around (Rockabye Baby version of “All Apologies” was a nice touch). Cobain’s parents and stepmother discuss his childhood atop the old movies, and while these along with other interviews with Love, Cobain’s sister, ex-girlfriend Tracy Marander, and Nirvana bassist Krist Novoselic are compelling (drummer Dave Grohl was interviewed, but too late for seamless inclusion), what’s most captivating about the doc are its inventive animated sequences.

Morgen uses rotoscope to show us a portrait of Cobain as a disaffected teen; with Cobain’s own voice providing the narration, the sequence is scored by a strings-only version of “Smells Like Teen Spirit”. We see his first attempt at making love followed soon after by a suicide attempt on a train track. The device is used sparingly, so when this form of animation appears later to illustrate Cobain sitting on Marander’s couch working out songs, as well as the time he was a pop-in guest on a radio show, the impact isn’t diminished. Plus, Morgen has other ways of getting Cobain’s voice out there without falling into the trappings of narration atop well-worn photographs.

Cobain’s notebooks, songbooks, journals, and paintings get the hand-drawn animation treatment. We see words written and sketches drawn before our very eyes, and paintings painted atop a catalog of Nirvana’s commercial hits (“Smells Like Teen Spirit”, “Heart-Shaped Box”) and beloved album cuts (“Territorial Pissings”, “Serve the Servants”, “School”). Seeing the sentences that formed “Serve the Servants” takes us back 20 years, and the heart breaks reading, “It’s not my fault I never wanted the fame,” and “I think people want me to die because it would be a classic rock ‘n’ roll story.” These recreations are more effective than a snapshot of a page could ever be.

The final third of Montage takes a deep look into the relationship between Cobain and Love. There was a connection there that maybe only the two of them could ever understand, but Morgen attempts to show us what they meant to one another as the couple is laid bare (in Love’s case, literally) in Love’s home videos. Cobain proudly shows off his new mustache and mocks Soundgarden’s “Outshine” in one of the more hilarious moments, and the two engage in a make-out session with the camera only inches away for a more intimate look. The most shocking moment arrives during Frances Bean’s first haircut, where an emaciated Cobain holds his daughter and appears to be out of it. Whether he was just exhausted or high is not explicitly stated here, but Cobain was definitely not in a good place at this time — his end was near.

Some may question why the film itself ends when it does, but Morgen’s narrative is based on Cobain’s actions. These include his songs, words, videos, and artwork. When Cobain ceases to provide these, the film can no longer continue. The aftermath of his suicide is still felt, but so much of that comes down to how you felt about Nirvana’s music. Were you connected to it or indifferent to it? Your own answer is all that can come after the film concludes. As it stands, Kurt Cobain: Montage of Heck is the only documentary you ever need to see about the life and actions of the brilliant, tortured musician.