Featuring members of My Midnight Heart, The War on Drugs, David Byrne's band, and more 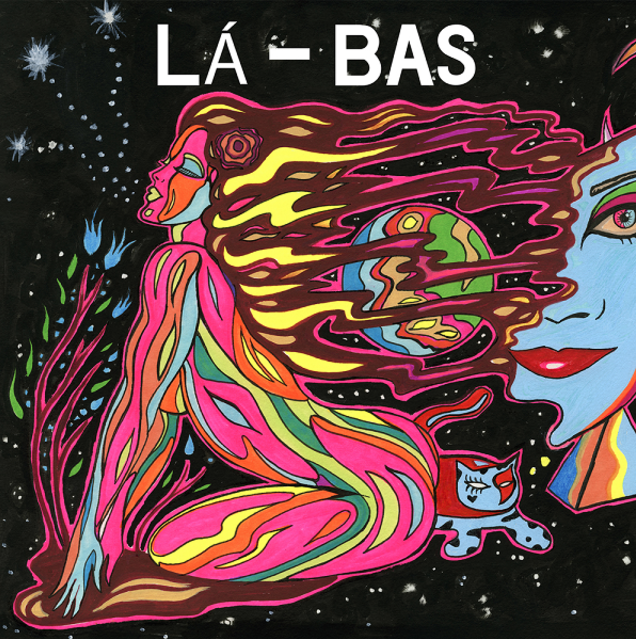 “Supergroup” usually refers to a group of well-known artists from various bands coming together to form a wholly new project. In the case of New York City’s LÁ-BAS, it’s actually a bit more than that. True, the band is comprised of Angelica Allen of My Midnight Heart/Trans-Siberian Orchestra, composer Nathan Larson (Shudder to Think, Hot One), and Jordan Kern (also of Hot One), but the guests they’ve nabbed for their debut self-titled release send the “super” part of this group into the stratosphere.

There’s Jon Natchez of Beirut and The War on Drugs, Daniel Minsteris from St. Vincent and David Byrne’s bands, Eric D. Johnson of The Shins and Fruit Bats, Bengt Lagerberg of The Cardigans, Grant Zubritsky of MS MR, and Kevin March from Guided by Voices and Larson’s Shudder to Think. And that’s just naming a few. They’ve all come together to form the “dystopian space funk” of LÁ-BAS, due out May 12th via Modern Imperial Recordings.

The band previously revealed “Automaton”, and now return with new single “Give ‘Em Your Good Side”. It’s strange that the band tags their music with “dystopian,” as here they demonstrate a particularly airy bounce to their funk. Of course, there’s a lot of bounce up there in the zero gravity of the cosmos where the song’s layered disco soars. Retro synths streak by while percussion bounces off every piece of star dust possible. All the while, Allen passionately delivers lines like, “Give ’em your good side/ Drop it like a Mona Lisa.” Listen below.