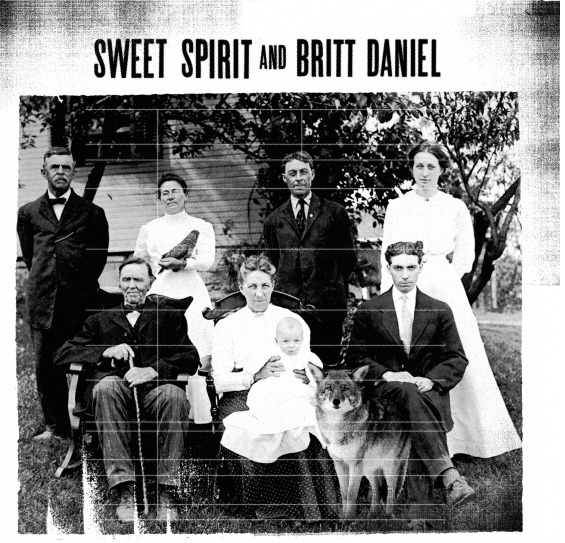 Sabrina Ellis and Andrew Cashen have been picking up lots of local Austin, Texas fans since forming Sweet Spirit just a year ago. That includes Spoon frontman Britt Daniel, who’s enlisted them as his backing band for past solo performances. Now, as Sweet Spirit gets ready to open for Spoon on a series of summer tour dates, Daniel has partnered with the band for a new 7-inch single from Nine Mile Records.

“Have Mercy” was produced by long-time Spoon collaborator Mike McCarthy, who also happens to be working on Sweet Spirit’s forthcoming debut. The track is a chewy, heavy palette of synth sounds and programmed drum loops. Ellis and Daniel’s vocal harmonies are layered with masterful subtlety, adding to the almost mystical float of the song. Take a listen:

Daniel explained how the song came together:

I went to Andrew’s house to write with them one day. Andrew already had chords and a melody and he and I strummed it on guitar for a while. Meanwhile Sabrina was drinking, answering phone calls, smoking pot, writing emails, approving photos for an article on the band — she had plenty going on. But then she held up a sheet of paper with all the words on it and said “OK here it is, it’s about birds.” She’d been writing it while doing all the other stuff. And the fuck if they weren’t amazing lyrics. So then we played the song with the words a few times and I did some harmonizing and Andrew recorded it on his phone. It sounded pretty laid back and country, so when Andrew told me a couple weeks later that he wanted it to be a drum machine and synthesizer song i was surprised. I got to Mike McCarthy’s studio that afternoon at 5 and programmed a beat, Mike came up with some sounds, Jake played a dirty synth part, I sang harmonies and helped with the choral sounding vocals. It was my birthday so I split at 10:30 or so to go have a drink and Andrew stayed late and oversaw the strings get recorded. The whole thing was put to tape in a short day and then Mike and I mixed it the day after.”

Cashen also spoke about wanting to work with the Spoon singer for some time. “We’ve talked about starting something with Britt for awhile but everybody’s really busy all the time and so this was the first chance to actually put something down,” he said. “We recorded the music for it in one take, got it mixed and mastered in less than a week, and now, you have gum for your stereo.”

The Sweet Spirit And Britt Daniel 7-inch will be sold at Spoon’s forthcoming tour stops, but there’s probably no better time to nab it then when Sweet Spirit opens for them in May and June. A digital release is also due sometime soon. See Sweet Spirit’s full itinerary below.