The Mountain Goats in 10 Songs

A crash course as new album Beat the Champ drops 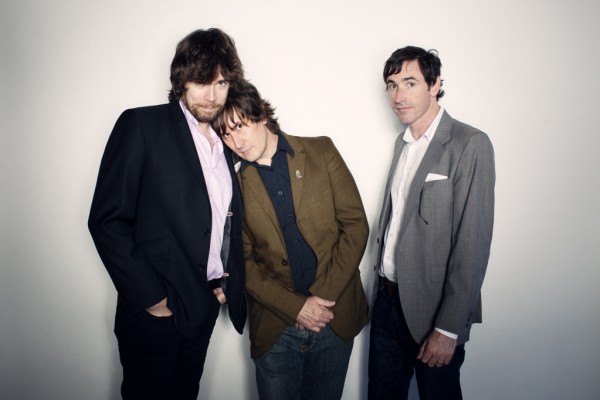 John Darnielle means a lot of things to a lot of people. Endeared to his fans for his imperfect voice and reverence for the maligned everyman, The Mountain Goats auteur has been a hero to the misunderstood and the maladjusted – playing mouthpiece to everyone from the earnest weirdo to the unassuming 9-5er repressing just how fucked up their childhood truly was.

“I think I’m just attracted to hermits in general,” Darnielle told io9 last year, “to people who don’t feel like they’re part of the world.” In 2002, after over a decade of schlepping bedroom demos and lo-fi masterpieces to his devotees, Darnielle and his band (which chiefly consists of bassist Peter Hughes and drummer Jon Wurster) broke out with the release of All Hail West Texas. In total, it’s been 24 years of compulsive production for Darnielle, a time frame in which he’s amassed an intimidating catalog of 15 studio albums, 23 EPs, and four comps, totaling somewhere around 500 songs.

Darnielle’s milieus are sprawling. From the warm, crackling cassette releases of the ’90s to his clean and bright contemporary Merge releases, Darnielle has been continually polishing his sound all the while retaining the raconteur style that’s romanced a nation of misfits. His voice can manifest as a sweet, gentle whisper (“San Bernardino”), a rambling diatribe (“Dance Music”), or even a cantankerous, paranoid screed (“Dilaudid”). His lyrics mix diary entries about his abusive stepfather with character studies both quaint (“Broom People”) and absurd (“Michael Myers Resplendent”) in a wayward search for self-actualization. And the breadth of this palette only widens with each new release.

Because of this, The Mountain Goats are difficult to boil down to archetypes. But with their 15th LP, the professional wrestling-themed Beat the Champ, out today, it’s worth combing through Darnielle’s expansive catalog to parse the many different forms the Indiana-born musician has embodied en route to becoming one of the most prolific and beloved icons in folk music.