"Sixteen Blue", "Seen Your Video", and "The Ledge" among major highlights. 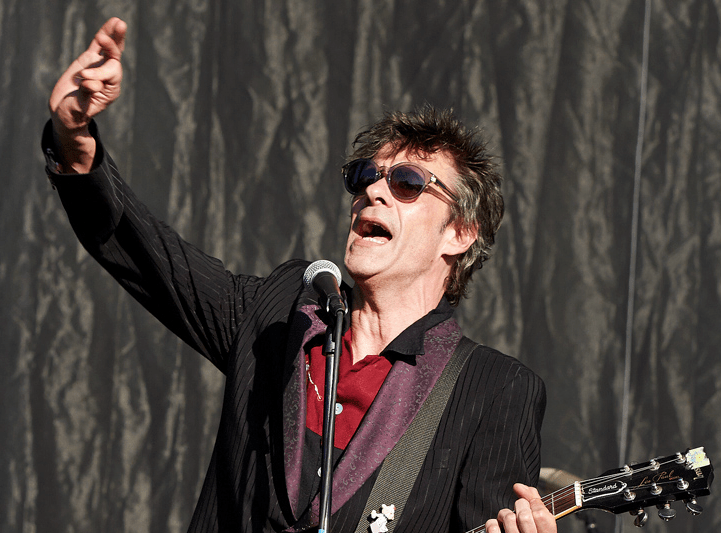 The Replacements kicked off their first legitimate U.S. tour in nearly 25 years last night at Seattle’s Paramount Theatre. Titled “Back By Unpopular Demand,” the show was the band’s first following last year’s two appearances at Austin City Limits, and they shook off any settled dust with a 31-song performance. Needless to say, the setlist was worthy of being called “epic.”

There were a dozen tour debuts for this reunion run, specifically opener “Seen Your Video”, “Never Mind”, “Nobody”, “20th Century Boy” (T. Rex cover), “Bang a Gong (Get It On)” (T. Rex cover), “Anywhere’s Better Than Here”, “Treatment Bound”, “Sixteen Blue”, “The Ledge”, “Kissin’ in Action”, “Within Your Reach”, and Westerberg’s own “Ghost on a Canvas”.

As expected, they also tossed in snippets of other goofy covers and made sure to play a handful of guaranteed classics, but on the whole, it’s just further proof they’re hardly phoning this reunion in, despite the tongue-in-cheek press releases. Who would have ever thought The Replacements would be so damn ambitious?

This is going to be an exciting tour. Check out the full setlist below, followed by the remaining tour dates.

Setlist:
Seen Your Video
Color Me Impressed
Never Mind
I Will Dare
Kiss Me on the Bus
Nobody
20th Century Boy / Bang a Gong (Get It On) / All Shook Down
Anywhere’s Better Than Here
Treatment Bound
Androgynous
I’ll Be You
Take Me Down to the Hospital
Sixteen Blue
The Ledge
Maybellene (Chuck Berry cover) (snippet)
Tommy Gets His Tonsils Out
I’m in Trouble
Kissin’ in Action
Iron Man (Black Sabbath cover) (snippet)
Left of the Dial
Valentine
Waitress in the Sky
Within Your Reach
Can’t Hardly Wait
Bastards of Young
My Boy Lollipop (Millie Small cover)
If Only You Were Lonely (a request, abandoned after first verse/chorus)
Encore:
Ghost On The Canvas (Paul Westerberg song)
Suzanne (Leonard Cohen cover)
Skyway
Alex Chilton