English sisters share the stage once more with the producer of their latest album, If I Was 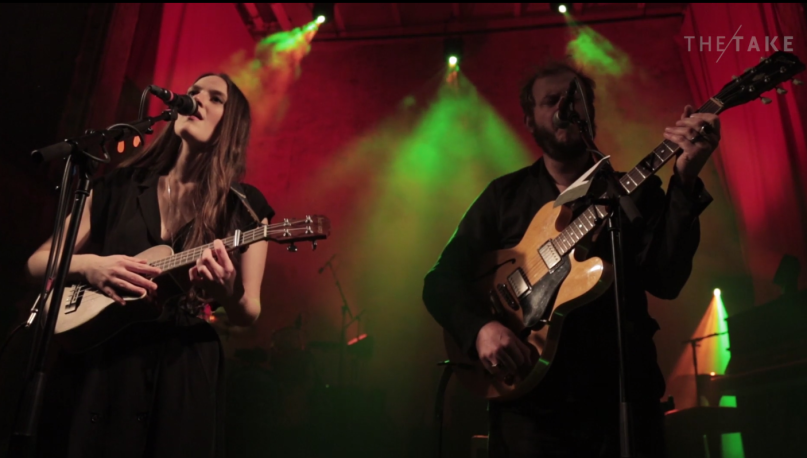 Last month, The Staves released their Justin Vernon-produced sophomore album, If I Was. Vernon’s support of the band didn’t end in the studio, however, as he was present for an album preview show at London’s Wilton’s Music Hall. Previously, we’d seen him join the folk group for a performance of their single “Make It Holy”. Now, another video has emerged, this time featuring Vernon and the English sisters covering Bruce Springsteen’s classic “I’m On Fire”.

Vernon’s bellowing vocals kick off the track, wavering above placid guitar picking in an incredible proximation of Springsteen himself. By the first refrain, the Stavely sisters come in with a lush and airy three-part harmony. Each vocalist trades the lead melody throughout as the song slowly builds in intensity alongside the sparse instrumentation. Still, the song never breaks from its hypnotic quietness. It takes a lot of gall to take on The Boss’ material, but the Born in the USA track is in capable hands here.

Check out the clip, which opens with the musicians discussing the song, below.