Plus, listen to the first track off the album, "Dimed Out"

by Michael Roffman and Michelle Geslani 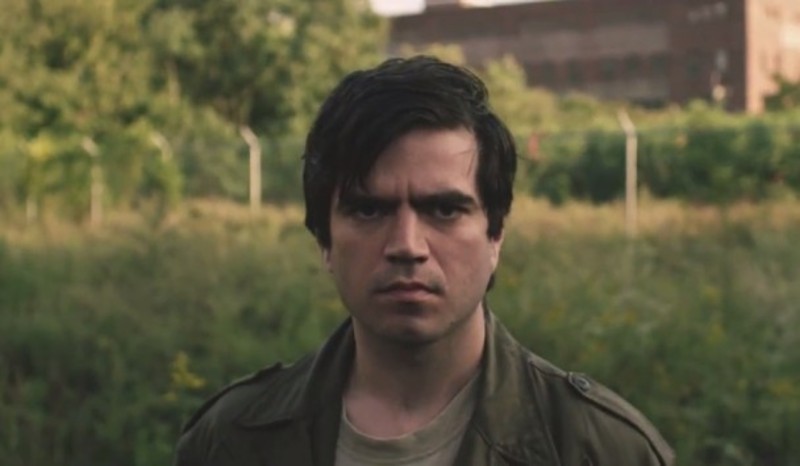 Well, well, well, if it isn’t Patrick Stickles and his triumphant New Jersey outfit, Titus Andronicus. Back in 2013, the rambunctious frontman announced that he was going to follow up 2012’s highly underrated Local Business with a 30-song, multi-act rock opera partly inspired by Nietzsche’s The Birth of Tragedy and Kay Redfield’s Touched with Fire. He even suggested the idea of making an accompanying movie. Since then, we’ve seen him pop up in WTF with Marc Maron and toss out a random summer song, albeit a strong one.

Now, it appears that the gears are finally moving. Stickles has confirmed the July 28th release of a new album called The Most Lamentable Tragedy. The title is a Shakespeare reference. The cover art (below) was designed by Nolen Strals. The LP marks Titus Andronicus’ debut on Merge Records; their previous two LPs were released by XL Recordings.

The Most Lamentable Tragedy clocks in at 93 minutes and boasts a whopping 29-song tracklist, which features new works alongside covers of Daniel Johnston, The Pogues, and the traditional folk song “Auld Lang Syne”. It was produced by longtime collaborator Kevin McMahon (Diarrhea Planet, Widowspeak) and lead guitarist Adam Reich, and counts Owen Pallett and various members of The So So Glos, Baked, and Lost Boy? as special guest collaborators.

Thematically, the LP plays out like “a work of fiction,” according to a press release:

The central narrative of TMLT (“a work of fiction,” claims singer/songwriter Patrick Stickles) concerns an unnamed protagonist whom we meet in deep despair. Following an encounter with his own doppelgänger (an enigmatic stranger, identical in appearance though opposite in disposition), long held secrets are revealed, sending our protagonist on a transformative odyssey, through past lives and new loves, to the shocking revelation that the very thing that sustains him may be the thing to destroy him.

In terms of the music itself, Stickles considers the album a “rock opera,” and cites both Hüsker Dü’s Zen Arcade and Lou Reed’s Berlin as major influences. “In the aesthetic universe of our rock opera, the downcast songs are more like Zen Arcade, which is, you know, very bare-bones, kind of mean rock production,” he told Grantland. “And the more uplifting, empowered, sort of optimistic, moral, heightened-reality sort of stuff is more ornate and fancy like Berlin.”

In anticipation, the band has let loose a new song titled “Dimed Out”, which most assuredly sounds like a Titus Andronicus anthem. Listen in below.

The Most Lamentable Tragedy Artwork:

A post shared by Titus Andronicus (@titusandronicusofficial) on Apr 30, 2015 at 7:00am PDT