A letter to Jack White: You can’t have it both ways 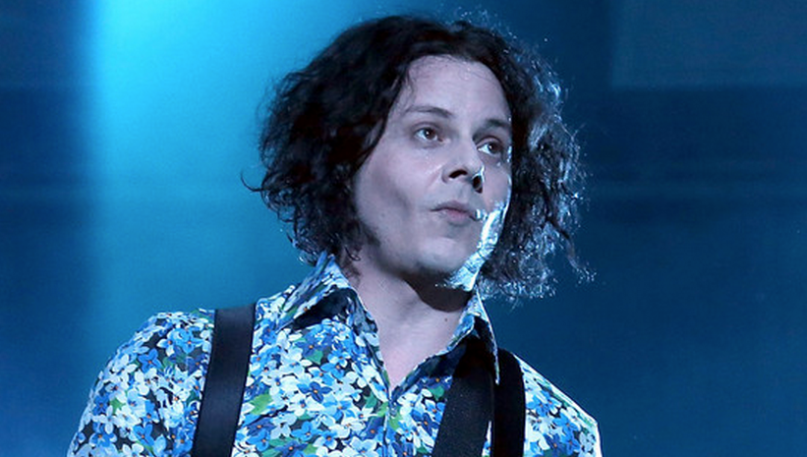 This weekend, Jack White participated in a live chat with subscribers of his Third Man Records’ premium vinyl service the Vault. He discussed a variety of topics, including the extreme costs of touring, his relationship (or lack thereof) with Meg White, and why his future in music remains in flux. A transcript was posted to a White Stripes fan Tumblr, after which several media outlets, including yours truly, wrote about it.

This afternoon, White published a lengthy open letter to Third Man Records’ Facebook page in which he sought to clarify his comments, specifically: he’s not suicidal, he remains friends with Meg even though she doesn’t answer her phone, and he’s not quitting music — in fact, he’s recording with The Dead Weather next week.

More so, his letter took aim at the “Friends, family, journalists, naysayers, believers, tweeter & ‘grammers” who’ve played a “game of click bait bingo with Jack White this past year.” He proceeded to single out journalists who are “‘just doing their job’ in this current 1 hour news cycle environment, pull quote, tabloid atmosphere.” You can read the letter in full here.

I’m not going to pretend Consequence of Sound hasn’t written “click-baity” articles about Jack White in the past. We have. Some we regret, some we still find funny. But we’re also human — just like you, Jack. Sometimes we fuck up, sometimes we say and do things we might regret — just like you, Jack. We try to learn from these experiences for the better — as I’m sure you do, Jack.

The difference, however, is that you’re a celebrity. You became rich and famous on the back of incredible music, but along the way, you cultivated your image and built your brand with high-profile collaborations, television appearances, magazine covers, and major festival gigs. You’re now the world’s most famous rocker under the age of 40, one who owns a very successful record label, slings vinyl with highly lucrative results, and has the luxury of engaging in any project, big or small, anytime.

You accepted that celebrity when you willingly appeared alongside The Edge and Jimmy Page in a movie, participated in skits on The Colbert Report, and launched thousands of vinyl records up in the air which later landed — without permission — in random people’s yards. You could have gone the way of Lewis, Jandek, or John Frusciante, and turned down interviews and touring opportunities, living the life of a musician and not a celebrity. But you didn’t.

Rather than rail against the same media whose magazine covers and TV appearances helped you get to the top, remember that we, like you, are just doing a job.

You’re right about one thing, we are in a “1 hour news cycle environment, pull quote, tabloid atmosphere.” Just as technology has put burdens on you, it affects thousands of journalists who’ve seen the standard pay rate decrease while editors clamor for content with the biggest value. Algorithms, and not our morality, have changed the way content is created. Just as digital distribution has eroded the value of music, so too has it decimated media — paywalls are scuffed at, while important long form journalism pieces go unread in favor of Buzzfeed’s latest cat list.

Just as you have been forced to find new ways to distribute your content — e.g., TIDAL — journalists are faced with the daunting tasks of constantly adapting to the latest SEO changes in hopes that enough people will read our content to make a living wage.

Why run our initial article in the first place? I have received countless emails from angry fans asking why we would dare publish an intimate conversation between you and your fan base. Here’s the thing: No conversation held online in a public forum should be construed as private, especially one involving an artist of your stature. The comments you made, particularly regarding your musical endeavors, were newsworthy. As a good portion of our fan base follows your every move, it was our job to report on what you said. Why only single out the “negative” comments, some have asked? Because those were the relevant pieces of news. If during that same chat, you had announced plans to fund 40 kids’ trips to Bonnaroo, you can bet that would also have been mentioned.

Ninety percent of our article was composed of quotes written out by you yourself. You were quoted verbatim. The article was formatted in such a way to present the headlines in order of importance. There was no attempt at click-bait, and no purposeful misconstruing of context for the sake of sensationalizing. (Full disclosure: We were alerted of one quote that, without context, did misrepresent what White said. We quickly amended the original article.)

Of course, you’re free to disagree, and when you do, we’ll report your comments in the same unbiased, objective manner.

As long as there is a way to listen to music, artists and media will have a symbiotic, often times contentious, relationship. Feelings may get hurt, quotes may be taken out of context, but just as you are upset with people questioning your integrity, so too are we when ridiculed for simply doing our job.

P.S. — Calling something the “world’s fastest recorded record” or staging your own death could also be construed as click-bait. Just saying.

Alex Young is the Founder and Publisher of Consequence of Sound. He is (and remains) a life-long Jack White fan and has a Third Man Records tattoo on his left arm. Send all your hate tweets.