Makeup added for effect to many actors, including full-blooded Natives 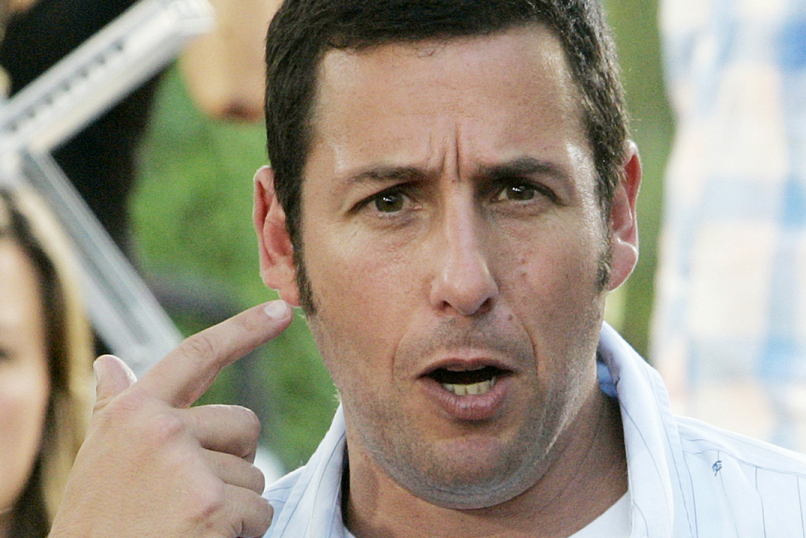 Following an incident that saw a dozen Native actors walking off the set, Adam Sandler’s The Ridiculous 6 find itself in more hot water. A new report from a source on the set claims that makeup artists have been darkening actors’ skin to make them appear Native American.

Using makeup to change an actor’s ethnic look isn’t a new practice in Hollyweird — Ben Kingsley won an Oscar doing it in Gandhi. But while The Ridiculous 6 is changing the skin tone of Asians and black actors for their roles, they’re also darkening people who are actually, really, already Natives.

“I’m full-blooded Navajo and they bronzed me. I was quite confused,” Allison Young told MSNBC. “That says something when the cultural advisor for the film quits because he’s offended.”

The film is the first in Sandler’s four-picture deal with Netflix. Producers have tried to quell the controversy, saying that the film is a comedy and not meant to be taken too seriously, and that if anything, it’s trying to highlight how absurd these kinds of racial stereotypes are in movies. Vanilla Ice, who stars in the film, said, “This movie isn’t Dances With Wolves. It’s a comedy. They’re not there to showcase anything about anybody – they’re just making a funny movie, I think. I don’t have anything to do with it. I just play my part.”

Below, watch video of the initial confrontation between the actors and producers.