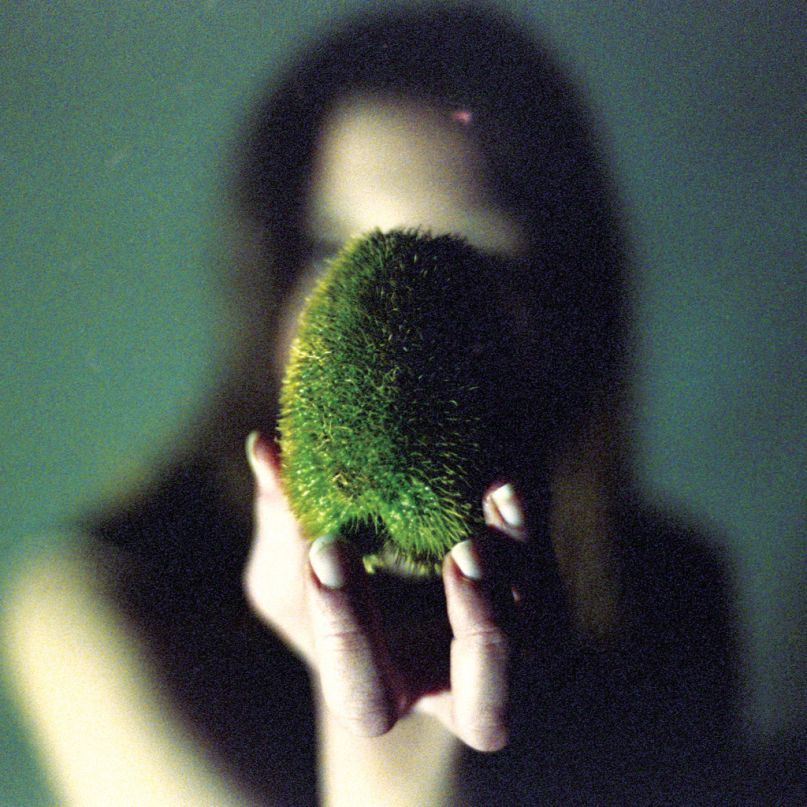 Certain voices dazzle with their technical prowess and get by on run-of-the-mill lyrics thanks to their golden pipes. Then there are the Neil Young types, the ones that have brilliant ideas and beautiful lyrics but whose eccentric voices (though strong and engaging) wouldn’t exactly run the table on American Idol. On her new album, In Plain Speech, Haley Fohr (aka Circuit des Yeux) reaches both of those peaks. Her physical voice achieves newly resonant depths, and her artistic voice produces its strongest statement. She reaches that twin apex of self growth by inviting others into her world, as well as communicating directly with her audience.

After her last album, 2013’s Overdue, Fohr toured the country completely on her own. Her blog details the difficulties her relative isolation brought on: getting frustrated with unfriendly audiences and pushing her music louder, faster, and messier in an effort to overpower the talking and combative responses. The audience negated her artistic voice, and her response grew aggressive and pointed: “I’m pushing my voice in ways that are unhealthy, I’m getting sick on the road, and it’s all to drown you out … [but] I can’t afford to be slaughtered night after night,” she wrote.

Rather than burrow further into herself and her expressive, personal music — avant-folk songs that blend drones with her rich baritone — her response to this conflict of wills was to communicate outward. After recording solo in the past, In Plain Speech features several musicians from Chicago’s psychedelic and experimental music scene, including Cooper Crain of Cave, his Bitchin Bajas bandmate Rob Frye, and Kathleen Baird of Spires That In the Sunset Rise. Fohr also expanded her lyrical perspective; songs on the album address the listener, extol interpersonal connection, and offer words of solace to those oppressed and in pain.

After a choppy synth line sets the song into dizzy motion, “Do the Dishes” offers an empowering message directly to the listener: “There is something deep inside of you/ Something that’s worth reaching into,” Fohr notes with steely certainty. Viola lines swoop in over the fevered synths, and then everything fades to a calm. The world’s entropic burn has paused, even for just a moment. The direct address continues on “Ride Blind”, in which she calls out her own pain and asks for someone to validate it with shared experience. “Do you shine to be seen/ Do you shine by machine/ Are you blind like me?” she cries, a simple, devastating summation of mankind’s desire to be seen by the world, and the disconnect that arises from the electronic media that process that desire today. There’s a point, though, where that frustrated communication is superseded, though it’s unclear how or when. “In the end/ We will be there/ Blind with being.”

The instrumental “Dream of TV” similarly rides the line of mechanical communication. Over seven minutes, Fohr and her collaborators build beautiful moments out of pizzicato strings and fluttering synth, flutes that soar like birds over a spray of grey noise, thunderclap snare, and wordless vocals. But these are zapped in the middle like channels changing, or the intersection of viewing the world through a screen and letting it seep into your brain as you fade into sleep, imagining even more complex, abstract vistas.

These instrumentals are more than material to buttress the more focused “song”-like tracks, but it’s no coincidence that the lyrical moments are ringed by powerful light on In Plain Speech. Rather than shade her voice with reverb, she wields it like the unique, connective instrument that it is. The stunning “Fantasize the Scene” describes the aftermath of a connection made (“Once the rain has washed away every footprint you have made/ Once the wind has blown through every word you spoke”), and then dreams up a way to reconnect, a way to “make the jump” and “push on through.” The acoustic guitars ring with the sunspot flare of ‘60s psychedelic pop, the toms beat out an enchanted heartbeat, but the lynchpin to the beautiful, haunting track are Fohr’s heartfelt vocals and sincere hope — despite insurmountable odds — that connection can be forged.

Closer “In the Late Afternoon” returns to the idea of sleep, the plucked viola, acoustic scrapes, and bass clarinet eerily tiptoeing behind Fohr’s description of “the scene you’ve been sleeping through.” That all changes when she rings the clarion call to “wake up,” again directed at herself, her new collaborators, her audience, all at once. “I’ll sing a song for you,” she promises, and if you ever needed a reason to wake up — to the day, to the moment, to reality, to someone else — Fohr’s transcendent voice and emboldening lyrics should do the trick.