Dawes – All Your Favorite Bands 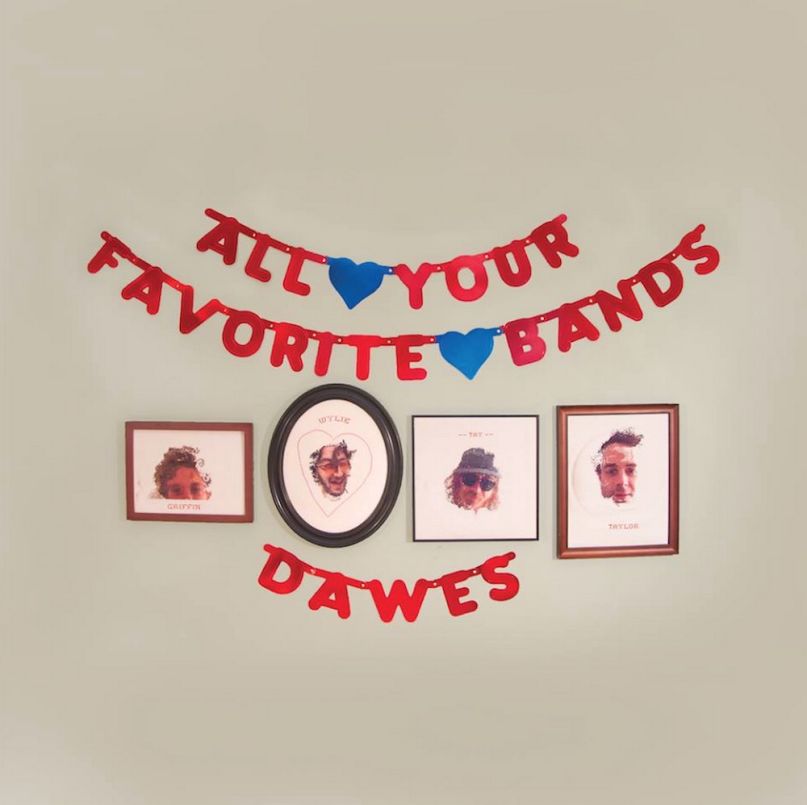 Make no mistake: Dawes are nothing if not competent. Their well-honed signature brand of folk rock has been perfected and polished to a smooth, dull shine, and their fourth studio album, All Your Favorite Bands, features much of the same capable craftsmanship that has inspired loyalty and warmth in the past. Despite all of this, All Your Favorite Bands contains a certain homogeneity that’s hard to shake. The songs blur together like miles on a long road trip, and at the end, it’s hard to remember any specific landmarks along the way.

The central theme to the title track is a hope that “all your favorite bands stay together” — one of the nicest sentiments that one friend can offer another, an acknowledgement that even the seemingly smallest pieces are essential to form one complete human. The song itself starts off as a rich piano ballad and plays like an album of snapshots, heavy on nostalgia and a kind of resignation mixed with satisfaction, as though to say that maybe everything didn’t turn out quite as planned, but it turned out okay. “I hope that life without a chaperone is what you thought it’d be/ I hope your brother’s El Camino runs forever,” vocalist Taylor Goldsmith offers. “I hope the world sees the same person that you always were to me, and may all your favorite bands stay together.” It’s pretty enough, but it also feels too easy, as though Dawes skipped over all of the drama that brought the song’s protagonist to the present day and chose to focus on the hazy, easy aftermath instead. It’s relaxing, but it doesn’t make for incredibly compelling songwriting.

Songs like “Don’t Send Me Away” wouldn’t be the slightest bit out of place on classic rock radio, and while its ponderous pace builds on itself skillfully, Goldsmith never sounds particularly desperate in his negotiations. “Don’t send me away, you don’t know what you do to me,” he croons over synths and a plodding drum beat, turning a few pretty phrases about “how the city spreads when you’re lying in your bed.” It’s lovely enough, but like so much of the emotion on All Your Favorite Bands, it never sounds particularly urgent.

Things start to pick up and get a little heavier on “Right On Time”, even though the title phrase gets repetitive and builds to a crescendo that never quite forms. The nine-minute “Now That It’s Too Late, Maria” encapsulates a jam session more typical of the band’s live shows, everything recorded in a single take. It’s a lush tune custom built for a lazy summer afternoon on the front porch.

Ultimately, there’s nothing distasteful or offensive about All Your Favorite Bands — it’s a technically sound addition to a well-regarded catalog. But if you’re looking for an album that pushes sonic boundaries, provides new challenges for the artists that created it, or even just sounds fresh, All Your Favorite Bands probably isn’t your best bet.

Essential Tracks: “All Your Favorite Bands”, “Don’t Send Me Away”, and “Now That It’s Too Late, Maria”