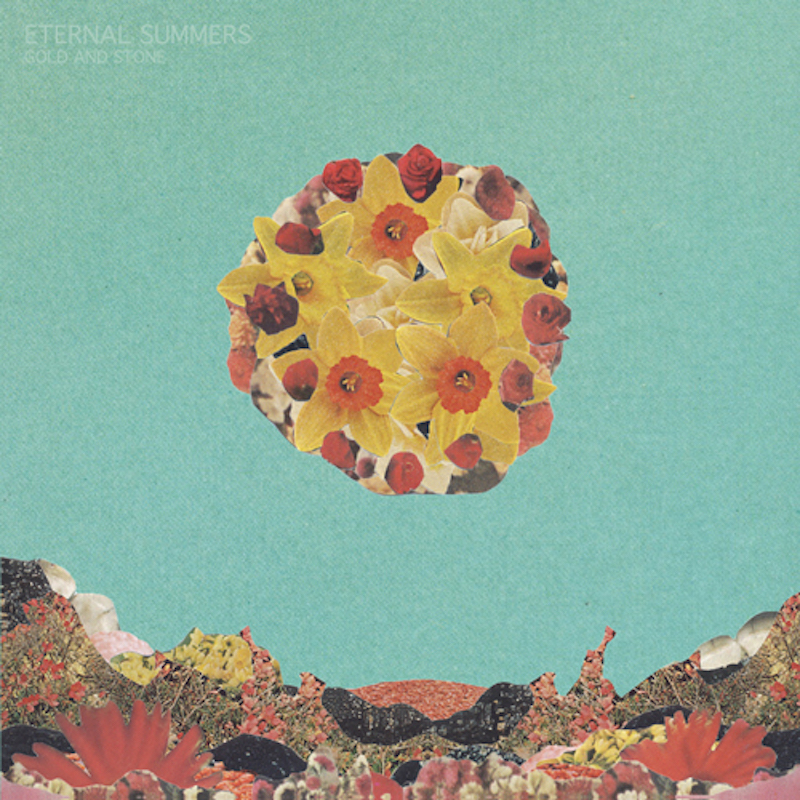 After recording their first two albums close to home in Roanoke, Virginia, indie rock trio Eternal Summers ditched the Blue Ridge Mountains for Austin’s Lady Bird Lake to cut 2014’s polished and honed LP, The Drop Beneath. Stepping outside their geographic comfort zone and enlisting producer Doug Gillard (Guided By Voices, Nada Surf) proved to be a wise move; whereas their initial offerings show a band still striving to find its voice, last year’s album sounded suave and poised. And they’ve apparently taken a liking to their home away from home: The band returned to Resonate Studio in Austin for their self-produced fourth album, Gold and Stone.

Seeking to “target more lush and radiant textures,” vocalist/guitarist Nicole Yun coos and snarls atop the dense, layered instrumentals of drummer Daniel Cundiff and bassist Jonathan Woods. Right from the get-go, Gold and Stone is a potpourri of genres and styles, from gritty garage punk to silky dream pop. The album commences softly and slowly to the tune of Yun’s soothing voice on “Unassigned”, only to be swept away by a rising tide of grating distortion.

Driven by Yun’s meandering, melodic riffs, lead single “Together or Alone” deconstructs a doomed relationship, alternating angelic whispers and cathartic yelps: “In spite of stories told/ The lies they rise and they unfold.” Title track “Gold and Stone” plays like a ’90s jangle pop tune à la Gin Blossoms or The Cranberries. It’s unabashedly blithe and bright, while avoiding the trap of getting too sickly sweet. Even on sunshine-spangled cuts like “Roses” and “Come Alive”, Yun’s robust guitar lines lend the songs a certain weight.

Eternal Summers are especially on point when they fuse their pop and punk impulses, juggling the coarse and the refined. On “Black Diamond”, sprightly guitars run up against Yun’s dark lyrics (“Shame can’t be the home where you live/ The beams of support will eventually give”), and “Play Dead” melds a post-punk instrumental foundation with teardrop guitar solos and peppy vocals. Gold and Stone jumps genres in a way that feels authentic and natural, navigating the fine line between pushing the envelope and holding onto the status quo.

Essential Tracks: “Together or Alone”, “Gold and Stone”, and “Black Diamond”