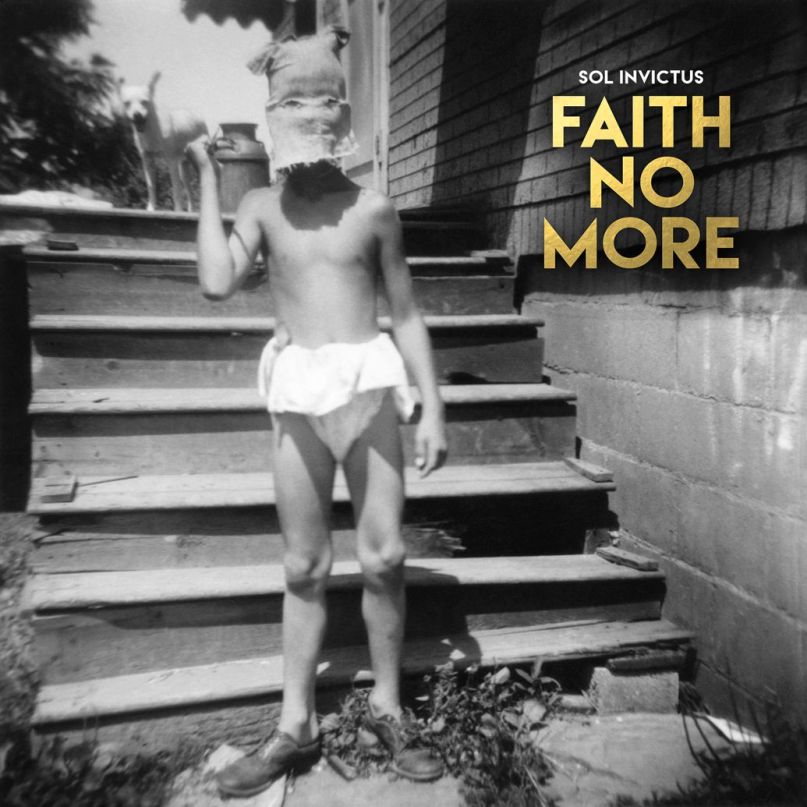 On a clear autumn night in 1989, Faith No More played to a packed house in Berlin while, not far across town, the book of Western civilization began its latest chapter. The fall of the Berlin Wall meant many things to many people: unification, liberation, the beginning of an era, and a bursting forth of possibilities. And right there, smack in the middle of history, was Mike Patton screaming something half-coherent into a microphone and Billy Gould hammering out the bass line to Black Sabbath’s “War Pigs”. Oh Lord, yeah!

Really, what better band to usher in the end of the Cold War and the beginning of that long, strange trip we call the 1990s? Faith No More was a paradox if ever one existed. Their peculiar blend of rap, funk, and heavy metal was an algebra equation with too many variables to solve, and if the subsequent decade of nu metal proved anything, it’s that most bands were better off not trying.

And yet here were these five guys from San Francisco, offering a viable soundtrack to the giant moments of late 20th century history. They seemed to thrive on the tension between chaos and control, with Mike Bordin’s carefully structured percussion serving as foil to Patton’s herky-jerky vocals. It was all too similar to what you saw on the news, with walls falling, dictatorships crumbling, and, despite all that madness, a prevailing sense that history was figuring itself out.

The best thing you could say about the first incarnation of Faith No More is the best thing you could say about any band: They were adequate, for their place and for their moment. It’s difficult to be adequate — more difficult than most would admit. Listen to modern rock radio, and you’ll be bombarded with glorified cover bands that don’t even try. What’s even more remarkable about Faith No More is how they managed to stay this way. Angel Dust is a weirder, more daring record than its 1989 predecessor, The Real Thing, and the same is true for 1995’s genre-mashing King for a Day … Fool for a Lifetime. Sometimes silly, sometimes crass, Faith No More could always be counted on to stay ahead of the curve until they finally called it quits in 1998.

And now the band has emerged, cicada-like, from its 17 years of underground hibernation to grace our ears once more. When they debuted a song called “Matador” on their reunion tour, fans were met with something more epic than “Epic”. Stretched across six-plus minutes, the tune lands somewhere between heavy metal anthem and funeral dirge. It bears several hallmarks of Faith No More’s sound — from the pianos to the punishing riffs — while reassuring us that their “sound” remains too wild a beast to pin down.

(Ranking: Every Faith No More Song from Worst to Best)

Speaking of wild beasts, Patton seems poised to defend his throne as the strangest and most thrilling voice in all of alt rock. He doesn’t need to steal the show on Sol Invictus because the show was always his in the first place (you don’t get to be the greatest singer of all time by accident). The album’s first official single is called “Motherfucker” in the band’s ever-so-subtle fashion, and it never skips a beat as it oscillates between soaring chorus and spoken-word verse. This is the superpower that Patton unlocks with his dynamic range, almost as if he’s daring the rest of the band to keep up with his antics.

For the most part, they do. Bordin’s pounding beat in “Sol Invictus” (a Latin phrase that translates to “sun unconquered”) is reminiscent of a war drum calling the troops to battle, while Gould’s funky bass line keeps “Superhero” from drowning beneath its layers of vocals and heavy metal guitars. If you’re sensing a theme in these song titles, you’re not alone. Faith No More has always communicated in the language of power, and their muscle-flexing is particularly egregious in the first few songs of their comeback album. On one hand, it’s pretty thrilling to hear that these guys have stayed ferocious despite their long sabbatical; on the other, their sense of humor appears a bit rusty in the early going.

Thankfully, it peeks through the curtains for the first time on “Sunny Side Up”, a delightfully weird tune in which Patton ruminates about eggs. It’s probably not destined to be a classic, but it does feel like the moment Sol Invictus finally establishes the tension that made Faith No More such a fun listen back in the ‘90s. This was the band that proved how goofy metal could be while still sounding tough as hell, and tracks like the bruising “Cone of Shame” — during which Patton practically loses his mind while screaming, “You’re only happy when you’re pissing me off!” — show how deep their rabbit hole still goes.

Gould, who also produced and engineered Sol Invictus, has described the band’s new sound as “hypnotic and gothic.” That’s true to an extent, though it also hints at the album’s main shortcoming. Gould and co. occasionally come across as a little too self-conscious in their effort to sound sinister, and the moments of true strangeness usually don’t last long before they’re swallowed back into the whole. That said, it’s still an impressive whole. Elements of prog and doom metal slam together like protons in a particle collider, and if it sometimes doesn’t work, well, that’s the price of trying to be adequate for a new place and moment.

Sol Invictus is indeed an adequate album. That’s no small praise, especially for a gang of 50-year-olds who slept through the digital music revolution and could have coasted into retirement on the back of reunion tours and vinyl reissues. Faith No More had nothing to lose by staying on history’s sidelines, for once, but Sol Invictus proves that they belong back in the game.