Girlpool – Before the World Was Big 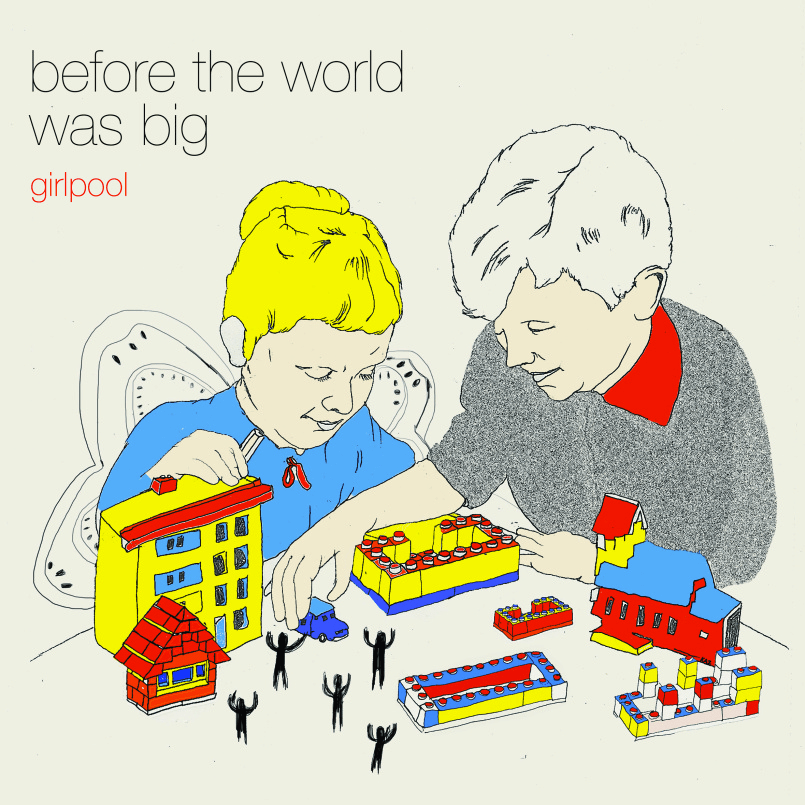 Girlpool wants the whole world. Like a lot of people in their late teens and early twenties, Harmony Tividad and Cleo Tucker feel the yawn of the future opening up beneath them. They haven’t turned 20 yet and already they play their stripped-down, wiry rock songs like they’re running out of time. “Do you feel restless when you realize you’re alive?” they ask on “Chinatown”.

The duo’s debut album, Before the World Was Big, grapples with the paradoxical feeling of wanting both the safety of childhood and the freedom of adulthood. On the title track, they vent their boredom with the same surroundings they’ve lived in forever: “Walked around the neighborhood/ One hundred one million billion trillion times.” They interlock seamlessly throughout the 25-minute effort, which, thanks in part to Kyle Gilbride’s engineering, sounds remarkably full and clear for just two voices and two sets of strings (Tucker plays guitar, Tividad handles bass). “I just miss how it felt standing next to you/ Wearing matching dresses before the world was big,” the pair sings, their phrasing falling in and out of sync like a couple of kids passing off a round.

Girlpool samples the tone of innocence in the album’s lyrics and raw delivery, but never posits it as an ideal. “I am picking cherries/ I have a hard time staying clean,” Tucker and Tividad sing on “Cherry Picking”, and they manage to hit upon both idyllic childhood memories and vague adult overtones in their language. These aren’t songs about wanting to curl back up into childhood. Girlpool simultaneously mourns and celebrates that rocky transition into a broader world.

Tividad and Tucker recorded Before the World Was Big shortly after leaving their hometown of Los Angeles for Philadelphia. Their songs run thick with the anxiety of uprooting, but they’re also rich with characters, some of whom are referred to affectionately by name. The world gets bigger, but that expanse is a lot easier to take when someone’s got your back.

Essential Tracks: “Before the World Was Big”, “Cherry Picking”