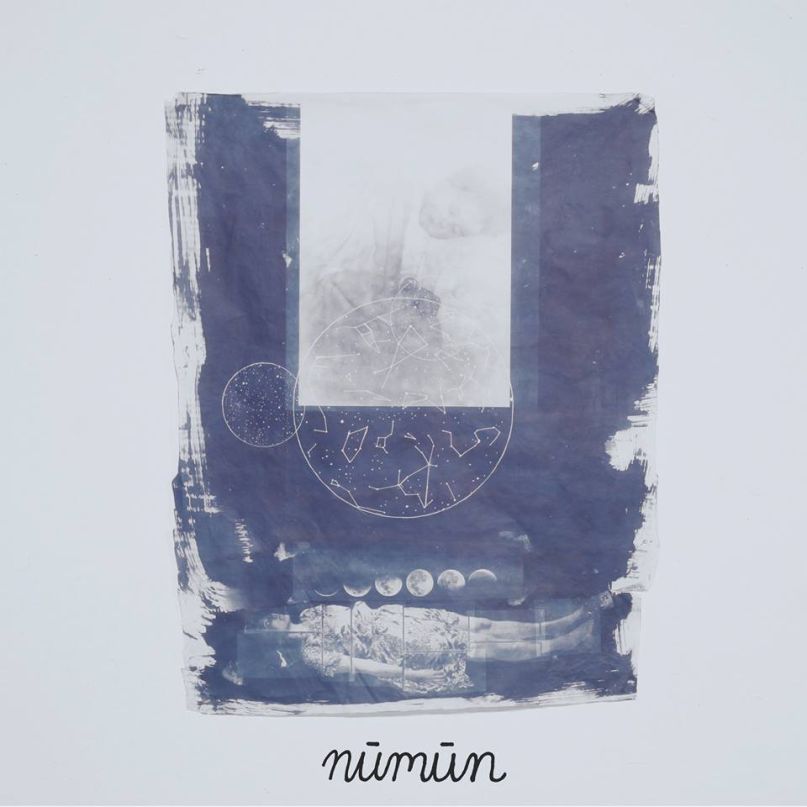 Johanna Warren’s second album passes like weather. The Portland-based musician’s debut, 2013’s Fates, was a neat package of polished folk songs that shared an atmosphere with Iron & Wine, the band she used to share a stage with as a backup singer. Though its songs are based on wholly organic instruments, like guitar, voice, and a few woodwinds, nūmūn detaches itself from the bucolic charm that haloes the words “singer-songwriter.” Warren twists more rhythmic urgency, complexity, and depth into this album, linking to the motions of natural forces much bigger than herself.

For Warren, music-making is both an emotional release and a spiritual exercise. She’s an energy healer when not playing guitar, and her attentiveness to the flow of the human organism carries into the way she crafts her songs. nūmūn is written with a keen awareness of death and decay — its opener, “Black Moss”, envisions the singer being covered by plant life upon her passing. But while the album glances off of darkness, it’s never consumed by it. Warren uses her music to process chaos and suffering — she’s struggled with bipolar disorder, and found peace by worshiping nature devotionally — and to find freedom on the other side.

On the surface, nūmūn’s spacious production groups it in with Marissa Nadler’s recent work. On a technical and lyrical level, Warren finds a closer kinship with the late Elliott Smith, whom she references with “Figure 8”. She writes complex, intriguing lines and supports them with quick, skillful fingerpicking on a beautifully resonant acoustic guitar. Like Smith, she’s interested in the depths of human relationships and the forces that can poison them unseen. She doesn’t lament the dissolution of romances and friendships, but attacks it like a puzzle. “What if it’s me and not you who’s ruining my life?” she wonders on “Figure 8”. On the swaying “Pin Oaks”, she notes how “grief warms the back of your throat,” as though sadness were both a sickness and a comfort at once. “Haven’t you heard? We’re all dying/ Living fast is much more fun,” she sings over the gentle riff of “This Is Why”. “I miss the time when I knew what my time was for.”

Lush and soothing, nūmūn doesn’t settle for uncomplicated beauty. Warren wields the pleasant timbre of her voice and guitar to plumb deeper questions of human life, and how we as sentient beings can fit into a world where everything around us has its own will.