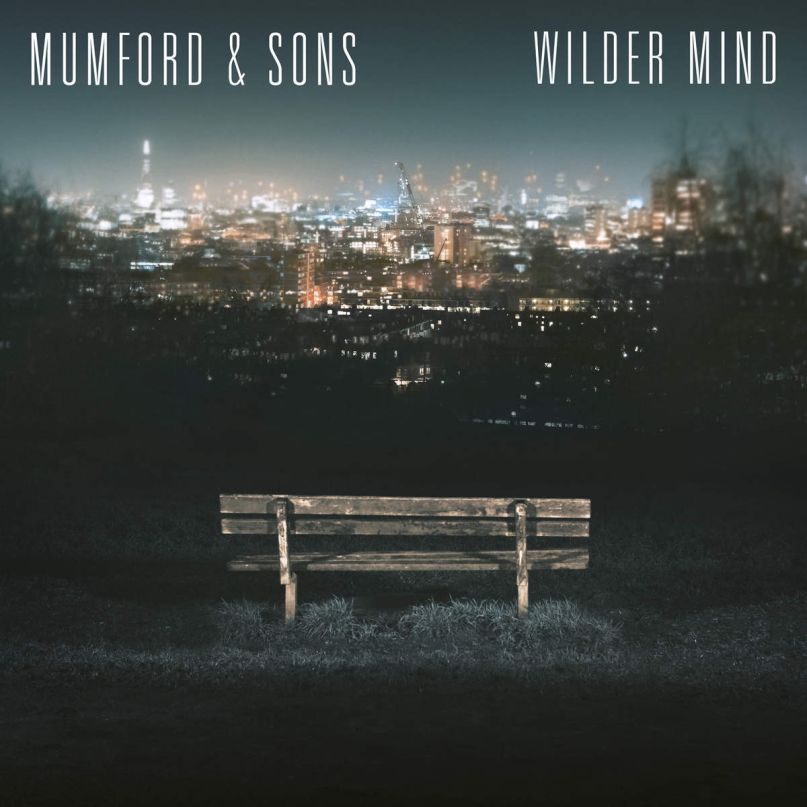 Mumford and Sons spent the entire publicity run leading up to their third album, Wilder Mind, preparing anyone with two ears and a Spotify account for a drastic change. Banjos? Gone. Suspenders? Locked away in favor of leather jackets and skinny jeans — nostalgia for one era traded in for a revival of the Strokes-led new wave of new wave. Team captain Marcus Mumford even expressed regret about the band’s name, calling the moniker a “ball-ache.”

Just as Josh Tillman constructed a beguiling narrative around settling down with a good woman to introduce Father John Misty’s I Love You, Honeybear, the Mumford camp’s campaign centered on the quartet plugging in (much to the consternation of Scruggs-style-loving folkies). These Grammy winners aren’t doing anything U2 can’t toss off after a Guinness-soaked bender, but Wilder Mind showcases tremendous growth. Detractors who find 2009’s career-making Sigh No More and 2012’s Babel treacly probably won’t undergo a holy conversion, but devotees ­­­– even those spooked by banjoist Winston Marshall’s terse renouncing of the instrument responsible for his status as a platinum-selling artist — can breathe easy.

While first single “Believe” seems to mimic the worst qualities of a Coldplay deep cut, the album’s remaining 11 tracks adhere more to The National’s tightly wound brooding, and with good reason. Many of the songs on Wilder Mind came to life in the Brooklyn studio of National maverick Aaron Dessner. The band credits the multi-instrumentalist and producer (Local Natives, Sharon Van Etten, The Lone Bellow) for fostering an inclusive environment without limitations. “He had the right temperament to supply this atmosphere of creativity and enjoyment and trust in each other’s ideas,” bassist Ted Dwane told The Village Voice. Dessner even picked up the guitar on a few tracks, including “Snake Eyes”, which with its aftershock drums wouldn’t sound out of place on The National’s High Violet. Meanwhile, the title track so effortlessly meshes with The National’s academic aesthetic that it’s jarring to be greeted by Mumford’s soulful purr instead of Matt Berninger’s willful baritone after the first few bars.

Mumford built his reputation on his ability to cast his voice out to the farthest reaches of venues in a way that conveyed every ache, disappointment, and tattered dream without losing velocity. Even the band’s overly saccharine and clunky lyrics found grace in his boisterous, vein-popping, all-or-nothing delivery. Wilder Mind contains those anthemic touchstones most readily on the rolling “Just Smoke” (unfortunate “Jack & Diane” hand-clapping aside) and the razor-edged “The Wolf”. He burns through a line even a first year college creative writing class would reject, like “you were all I ever longed for.” His conviction renders that oft-repeated declaration as potent as a Shakespeare barb. But this album also sees Mumford employing welcome restraint. “Cold Arms” — his solo in the spotlight moment — features barebones guitar (electric, of course) and the charismatic frontman’s subdued vocals, heavy with regret. “I know what’s on your mind/ God knows I put it there,” he warbles. This richer pallete shades his apprehension without neutering the catharsis so many seek from the band.

Maybe it’s Mumford settling into his marriage to Oscar-nominated actress Carey Mulligan or lifelong commitment looming on the horizon for engaged keyboardist Ben Lovett. Or maybe it’s the implosion of both Marshall’s and Dwane’s relationships and their newly single status dominating the waves of near-crippling uncertainty over a lover’s intentions in most of the lyrics. With the band collaborating for the first time on verses instead of leaving them to Mumford, deciphering the culprit behind these vignettes of romantic turmoil is futile.

The panic momentarily gives way to a kind of pep talk on “Broad-Shouldered Beasts”: “Wasn’t it you who said I was not free/ And wasn’t it you who said I needed peace/ And now it’s you who’s floored by the fear of it all and it’s all right/ Take it out on me/ It’s all right, take it out on me.” Opening with a flutter of Sketches for My Sweetheart the Drunk-era Jeff Buckley plucking, the rousing chorus delves straight into an Old Crow Medicine Show-led hootenanny, only without the creaky instruments. Expecting the group to remain locked into a specific, acoustic-driven style is like expecting a Dave Matthews fan to still wear puka shells and Birks; but, for a solitary, fleeting instance, you wish they’d just dust off that damn banjo.