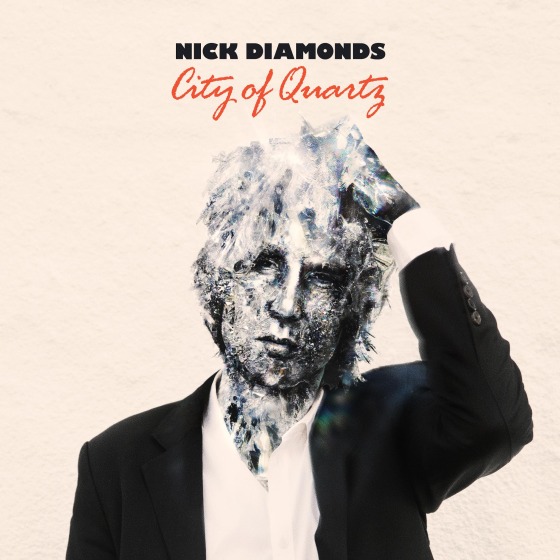 If you’ve ever wondered how one might include notorious criminal Charles Manson on a synthpop record in 2015, Nick Diamonds has your answer. On his new solo offering, City of Quartz, Diamonds (aka Nicholas Thorburn, also of The Unicorns and Islands) saves his most interesting concept — loneliness in the digital age — for the album’s final moments, with Manson’s help.

Things take a dark turn on “The Sting”, as Diamonds pithily croons “turn on, get off” over warbled synths and a simple drumbeat. The strange “I’m Nobody” follows, opening with a tongue-in-cheek voiceover from an old interview — “Give us a little sample of how you do the bass sound,” implores the voice — before the track launches into pummeling synths. Think of it as Diamonds’ take on the ubiquitous “Damn son, where’d you find this?” sample.

At the next lull, Diamonds embeds possibly the most jarring pull quote, an infamous saying from Manson: “I’m nobody. I’m a tramp, a bum, a hobo. I’m a boxcar, a jug of wine, and a straight razor if you get too close to me.” It’s such an off-the-wall, creepy choice to have Manson whispering in your ear over the club-worthy beat that the track feels like the musical equivalent of tumbling down the rabbit hole into the Internet’s darkest and weirdest corners. (It’s also worth noting that this record is best listened to on headphones — sounds and words float from side to side.)

Standout closing track “God Internet” features an urgent, paranoid synth beat, with Diamonds’ echoing vocals fading into the ether as he sings, “On a screen, I enter a machine/ A resurrection, a good connection.” Sure, artists as varied as Childish Gambino (Because the Internet) and St. Vincent (“Digital Witness”) have recently explored this topic, but the pursuit of the theme represents Diamonds’ most interesting songwriting turn on the album.

The record occasionally falters in getting to these final three tracks. The gradual movement toward this idea is hinted at earlier on the instrumental “City of Quartz”, “Where Is the Elephant” (which opens with what sounds like a person rapidly flicking through TV channels), and “Ungrievable Lives” (which more generally deals with alienation). However, these songs are thrown off course by simpler pop offerings like “Love Is Stranger”, “Bohemian Groove”, and “What Can the Sun”. It almost feels like there are two separate albums here — one of trippy, fun synthpop and another of moody, contemplative IDM — but neither half quite fills out.

This is still a highly listenable record, and Diamonds deserves respect for the wide variety of sounds he’s incorporated. The last few tracks are memorable because they’re so strange, but City of Quartz falls short by suffering an overarching identity crisis.