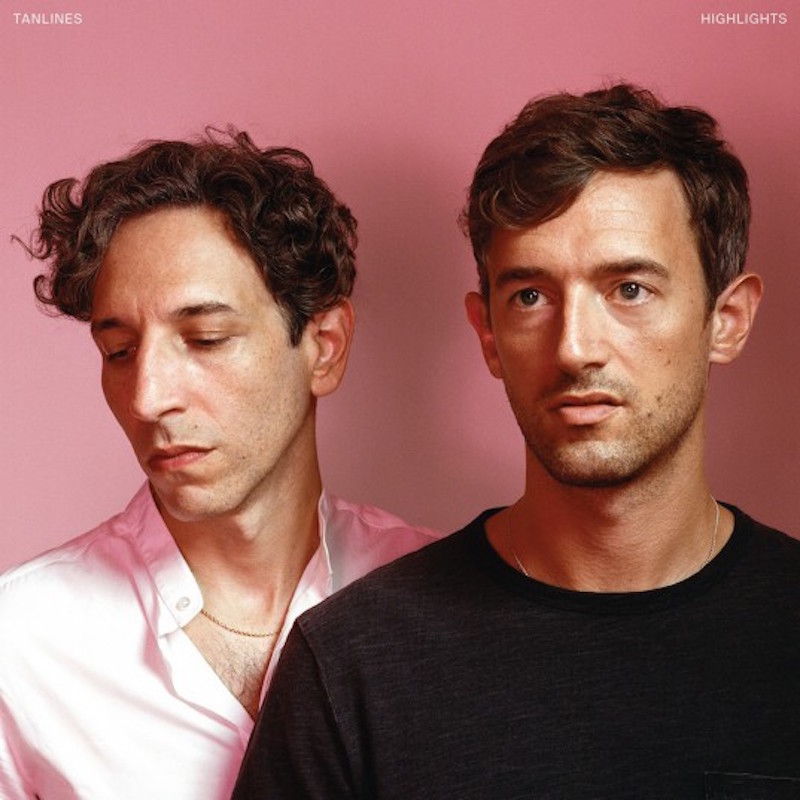 One-time Billboard Heatseekers Jesse Cohen and Eric Emm are making music in the perfect decade of throwback musical energies. Julian Casablancas even took them on tour for a while, and we know how awesome buddying up with the Stroke can be to anybody’s career — just ask The Lonely Island. Tanlines’ 2012 debut LP, Mixed Emotions, received rave attention in the early ‘10s for doing what every form of retro-glazed indie pop has done since Ryan Gosling played a laconic getaway driver: perpetually milking the synthesizers.

One shouldn’t shrug at a potentially good deal, as Tanlines have their strengths, as proven by previous doses like “All of Me” and the almost too Top Gun “Nonesuch” prove. Now, 2015’s Highlights shows how going back to the drawing board and merely rearranging shapes can go over more smoothly than one might hope.

Highlights is sold at face value. It delivers on its promises, shining neon onto Tanlines’ tested formulas, dropping beats in the most generic way possible. Opener “Pieces” is a night drive’s worth of contemplative balladry so syrupy that Waffle House could rebrand it. Single “Slipping Away” and its afterthought, “Palace”, reach too hard for decades gone by. “Two Thousand Miles” is the album’s resident dubstep analog, while “Thinking” is a Moby clone that actually fits the album’s rhythm by not fitting into the tracklist at all.

While there is nothing abhorrent about Tanlines’ pleasant sophomore effort, it seems their passion was supplanted by force of habit. They’ve utilized cheap thrills and familiar pathways for a quick dollar. Leave it to nerdy Brooklyn natives to repurpose ‘80s electronics better than an Imagine Dragons one-off while simultaneously overthinking things enough to remind folks why they preferred the score to Drive. Highlights is like a camel: a horse designed by committee, a spread of think tank EDM and dance tunes made to order.