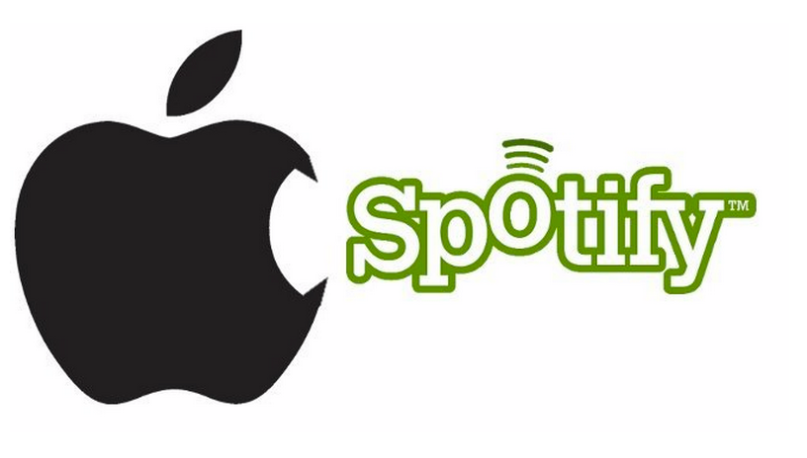 Record labels are pushing back against Spotify’s free streaming service. Once seen as a way to attract more listeners to partake in a struggling industry, the companies behind the music are now beginning to worry about their revenue streams.

Financial Times reports that the mother of all labels, Universal Music Group, is currently using contract negotiations to try and force Spotify to put more limitation on its free service. “We want to accelerate paid subscription,” said UMG CEO Lucian Grainge at last month’s Code/Media conference. “Ad-funded on-demand is not going to sustain the entire ecosystem of the creators as well as the investors.” Top brass at Sony Music and Warner Music Group have also spoken out about the need for ad-based streaming services to push for more paid subscribers. Of Spotify’s current 60 million users, only 15 million — 25% — pay the $10 monthly subscription fee.

The labels aren’t alone in their quest to diminish freemium options; they have a big, possibly illegal, supporter in Apple. Sources told The Verge that the tech giant is currently being looked at by the Department of Justice and the Federal Trade Commission over their business practices in trying to pressure the labels to in turn pressure Spotify and other services into limiting their free options.

As digital music downloads slumped, the iTunes giant acquired Beats last year in order to launch its own streaming platform, which it plans to do without a free tier. Instead, Apple hopes to reduce the subscription standard to something like $8 a month when it its revamped Beats service goes live, rumored to be happening this June. If labels can convince Spotify and similar competitors to restructure their freemium tiers, it opens up the possibility for Apple to swoop in and snatch up a large portion of users.

Spotify isn’t the only target in this quest to increase paid subscribers. Apple reportedly offered to give UMG the licensing fee they would receive from YouTube if they agreed to pull their music from the video site. It’s that kind of deal that has attracted the DOJ and FTC to question record labels about Apple’s strategies. What’s more, the European Union’s Competition Commission is also apparently investigating Apple about conspiring with labels to “kill” freemium services.

The head of communications and public policy at Spotify, Jonathan Prince, has argued that they’re not responsible for iTunes declining sales. He says company data shows that only 12% of ex-iTunes users end up on Spotify, with 40% of those new users paying for subscriptions. “The great majority of our users are not coming from iTunes,” Prince told Re/code. “We’re bringing people into the ecosystem who haven’t been paying for music.”

A rep for YouTube also argued that their free music offerings generate solid ad revenue and greatly increase worldwide distribution and song reach. Label execs don’t entirely disagree, and most don’t want to completely shut down free streaming options. Instead, they want a reduction, perhaps by limiting the amount of daily music allowed, or more drastically, reducing all free distribution to online radio services like Pandora. (Apple plans to keep iTunes Radio active after their Beats relaunch.) Whatever the case, it’s looking like TIDAL may have indeed been ahead of its time — if only by a few months.