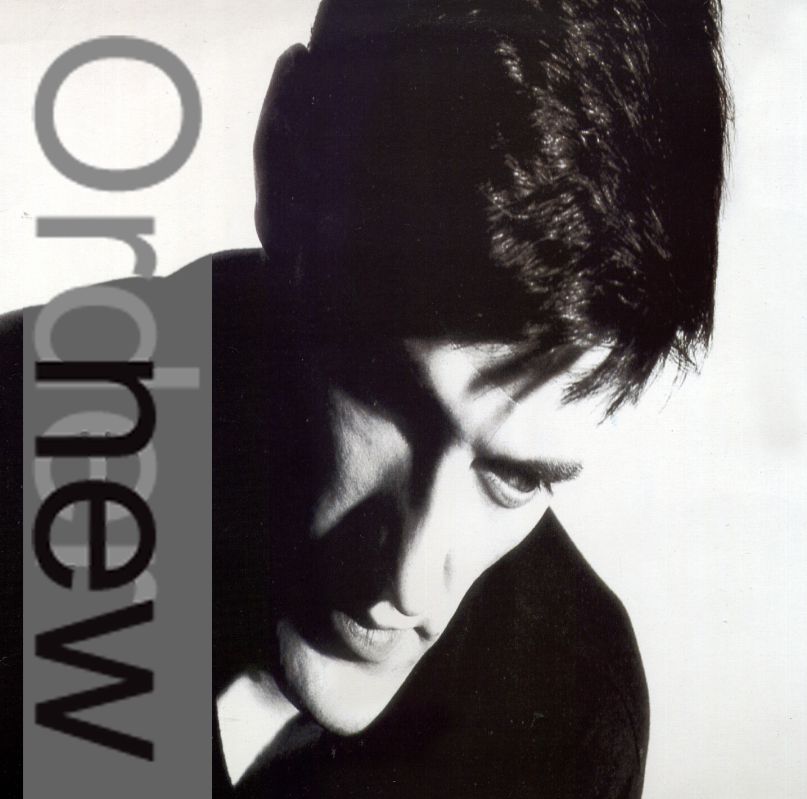 With the release of their second Matador outing, The L-Shaped Man, Ceremony have completed their reinvention from East Bay hardcore savants to melodic post-punks. The record’s influences are many, but the band’s latest outing owes a particular debt to the melancholy jangle of Joy Division and early New Order. As the latter band’s 1985 classic Low-Life celebrates its 30th anniversary, we spoke with Ceremony guitarist Anthony Anzaldo about how the record motivated his band to reach beyond its punk and hardcore comfort zone.

I actually was talking with [L-Shaped Man producer] John Reis earlier today, and he claimed to have never heard New Order before you guys introduced him to them.

I don’t know. He’s one of those guys that’s so dialed into his own musical world and culture that I kind of believe him. He doesn’t seem to pay mind to a lot of stuff on the periphery.

I guess there’s also a difference between hearing something and listening to something. If you’re into any sort of alternative or underground music, you’ve heard New Order. You’ve heard “Blue Monday” or “Subculture” or something they’ve done.

He might be one of the few people who, when they say they haven’t heard New Order, I kind of believe it.

It’s probably true, and you’re also not judgmental of that. Most of the time I feel like, “You don’t know New Order? You must not like music.” But with John, it’s like, “Well, yeah. I guess it’s not his thing.”

He said you played him New Order to give him an idea of what your band was going for on this record.

We played him a bunch of stuff. What we played for John was more to give him an idea of the sonic element. By the time he came into the picture, the record was written for the most part. We went down to San Diego for a week for pre-production, and we kind of sat in a room with him for four days. We played him the songs and changed them and moved them around. But any music we played for him as examples was done for sonic inspiration. We’re not stupid. We know what our record sounds like. We knew we were gonna get a lot of New Order and Joy Division comparisons. It’s just obvious that the songs need to sound like a certain thing. It wouldn’t sound as good if we tried to make the songs garage-y or grungy or abrasive. It just wouldn’t make sense. So playing him New Order, it was saying, “These songs are in that vein sonically.” We played him a lot of stuff. We were talking about The Cramps, The Fall, Wire, and a lot of stuff. But New Order was definitely one of them. I mean, our name is Ceremony. We’re not trying to hide the fact that we’re fans.

Some fans came to New Order as they got famous, while others got there after first getting into Joy Division. How did you first discover the band?

I heard New Order first, I think because they were more popular with the mainstream. I think they’ve had more of an effect on pop culture, whereas Joy Division had more of an effect on the underground. They have more of a cult following. My brother worked at Live 105, which is a big alternative station here in the Bay area. The music director at Live 105 does an indie night club called Pop Scene. I was going to Pop Scene and other new wave, alternative, and goth clubs in San Francisco since I was a freshman in high school. You would hear “Blue Monday” and the hits. I don’t remember the moment I heard New Order for the first time, but I heard them first before Joy Division.

What sort of resonance does Low-Life have for you? What do you think of that record when you look back on it 30 years later?

The obvious takeaway was it was their first full-blown nosedive into dance music, which I love. I’m a huge synthpop guy, and Low-Life is definitely one of the classic blueprints for that kind of pop record. Musically, that’s the first takeaway. Thematically, it really shows their departure from Joy Division. The first record [Movement] sounds a lot like Joy Division, and [New Order singer] Bernard [Sumner] sounds a lot like Ian [Curtis]. It’s a lot of people’s favorite New Order record, but to me it’s still transitional. You hear that record and think, “Wow, this is the best these guys can do while going for this style.” Low-Life was kind of the first record where it was like, “We can do something different, and we can do it better than anybody else.” Like “Subculture”. Joy Division couldn’t have written that song. That’s kind of the thing with Low-Life. You think, “Ok, these could not have been Joy Division songs. It’s a different band now.”

One song that reminds me of L-Shaped Man is “Sunrise”.

Oh, yeah. I would definitely say if there’s any song on the record that kind of is reminiscent of Ceremony, it’s “Sunrise”. It’s really driving and uptempo, but not super melody-heavy as far as the vocals go. [Ceremony singer] Ross [Farrar] isn’t a very melodic singer. So yeah, I agree with you.

But I think that the influence that Low-Life has on me as a songwriter, at least as far as Ceremony goes, isn’t so much in terms of style but more in terms of approach. Ceremony is a constantly evolving band. When people ask me, “Oh, what does your band sound like?” I’m like, “Man, you don’t have enough time [laughs]. I’d have to talk to you for five minutes straight.” I think that Low-Life is more an inspiration than a direct influence. I think we sound more like Movement or Closer. But the influence on Low/Life comes from how they changed their sound so drastically and so well. Now when I think of New Order, I don’t think of the early stuff that is reminiscent of Joy Division, you know? Only in the past handful of years have I been hearing a lot of praise for the first record. But the dance and synthpop stuff, that’s what they’re known for.

Would you say the record helped give you the courage to move forward and step out of your comfort zone?

Me personally, yes. I can’t speak for everyone. The thing about Ceremony is that we all have different tastes in music. I think New Order is one of the few bands that we all bond over. Someone like me, I’m more of a Low-Life guy, whereas I think Ross is more of a Movement guy. I even love Brotherhood. That’s one of their great records, in my opinion. I think Brotherhood is the last record, to me, that’s a front-to-back listen. I think every album that they have has at least a few songs that are classic.

I’m kind of a purist when it comes to hardcore, punk, etc. It seems that in that vein, it’s tougher for bands to stretch and try new things. Few bands do it successfully, but Ceremony has evolved in such a measured way that L-Shaped Man doesn’t sound like the complete departure that it really is, at least if you go back to Rohnert Park.

I appreciate that, thank you. You mention being a hardcore purist, but the thing that I don’t think many people realize is so are we. But we’re not the ones who call Ceremony a hardcore band. We’re not the ones calling L-Shaped Man a departure. That’s not the case. Is Ceremony a hardcore band? We definitely were, and we’re definitely hardcore in our roots, whether it’s the way that we tour or the way that we write and conduct our band. But musically, no. The L-Shaped Man is very far from a hardcore record. It falls under a punk umbrella, but calling a band punk is like calling a band rock. What does that mean? It’s a very big category.

Right. When you’re creating, there’s no use for labeling or fitting into a genre. Otherwise you’re putting a low ceiling over your head.

Exactly. Coming back to New Order, when we were writing this record, there was never any feeling like, “We have to write songs like New Order.” We just write the songs without any talk of frame of reference or anything of that nature. It’s not until the record’s done that you can see those subconscious influences. We wrote a lot of LPs and EPs in that thrash sort of way. Some people say powerviolence, but I never thought we were a powerviolence band. At this point, we’ve been a band for 10 years. No matter what we do, people are going to have an opinion one way or another. If we sounded the way we did on [2006’s] Violence Violence now, it wouldn’t be as good if we stayed in that style. We grow and evolve as we get older. The parallel between us and New Order is that we weren’t consciously trying to avoid making the music we already made; it’s just that that wasn’t a source of influence.

There’s a danger that can come with overthinking things. It’s best to just write the songs.

Yeah. Look at Agnostic Front, one of the greatest hardcore bands ever. They’ve written some of the best albums ever. But when was the last time you bought an Agnostic Front album?

Yeah, sure. And how many records have they come out with since? A few. I’m not in any way trying to say anything bad about Agnostic Front. But you can say the same thing about a band like The Ramones. There came a point in the ’90s when their songs were very reminiscent of their early stuff, and they weren’t that exciting.

But even as Ceremony’s grown, the band is still very much in touch with its roots. You’re playing Gilman in a few weeks. You can’t keep much closer to home than that.

Oh, yeah. We still play songs off our first record. We’ve never wanted to alienate anyone. We always try to keep some variety and prefer to do DIY stuff. In terms of Gilman, there was no discussion about where that show was going to be. There wasn’t even talk of another venue. We have a lot of history with that place. Take bands like AFI or Green Day. They’re bands that came from that scene, and the day came when they weren’t a part of that world anymore. It just stopped making sense for them to play a room that held 700 people. If the day ever came where for some fluke reason The L-Shaped Man got big, maybe we wouldn’t play Gilman anymore. But we’re still in that world. That’s still the place we come from and where we still have a foot in.

Circling back to Low-Life quickly, any favorite tracks?

“Subculture”, the remix, is my favorite New Order song. The album version is great, but it’s a real testament to how good the songs are on Low-Life that Bernard is really flat on a lot of those songs, but they’re still great. He’s not a killer vocalist. He’s an amazing singer now, but back then he was flat a lot of the time. On “Love Vigilantes” and a lot of those songs, he’s flat, but it doesn’t matter. It kind of has that Sex Pistols or Ramones thing where if the songs are there, then you’re golden.