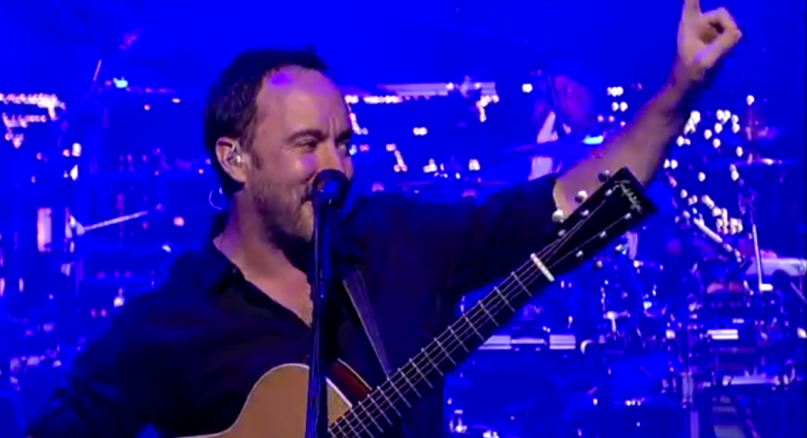 Last night, Dave Matthews Band debuted a brand new song called “Black and Blue Bird” as part of their 10-song “Legends on Letterman” set. While most artists would consider the performance an apt send-off for the veteran host, DMB are not like most artists.

The group returned to the Late Show on Friday for their 14th (!) and final appearance on the late-night program. For the occasion, they performed “What Would You Say”, the same song they played for their debut performance on Letterman in 1995. Watch the replay below.

For even more of DMB, fans can catch the band on its annual summer tour.

Previous Story
No one recognized U2, in disguise, busking in a subway station
Next Story
Prince unveils “Baltimore”, his tribute to the people of Baltimore — listen
Popular
More Stories
[fu-upload-form form_layout="media" title="Submit Your Photo"][input type="hidden" name="ugc" value="1"][/fu-upload-form]