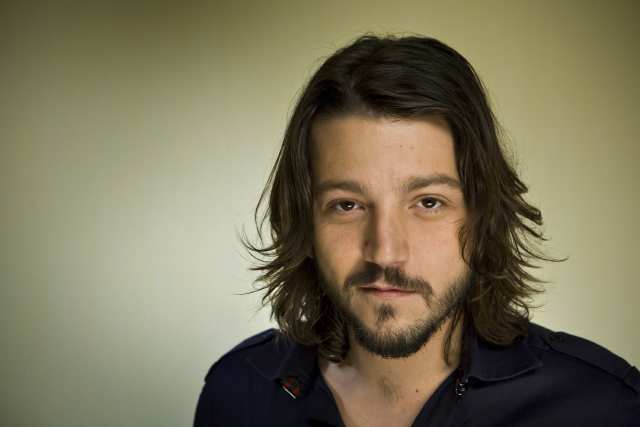 BEVERLY HILLS, CA-- MARCH, 09, 2009- Actor Diego Luna is photographed at the Four Seasons Hotel in Beverly Hills, March 9, 2009. Luna teams up with Gael Garcia Bernal , who came onto the scene in Alfonso Cuaron's Y Tu Mama Tambien, to be in a new film by director Carlos Guaron, brother to Alsfonso, called Rudo y Cursi, with Alfonso and del Toro on the film as producers.

While excitement continues to grow for this year’s Star Wars Episode VII: The Force Awakens, elsewhere in a galaxy far far away director Gareth Edwards is assembling a cast of impressive talent for Star Wars Anthology: Rogue One, the first film in the Star Wars universe to tell a non-Skywalker story. According to Variety, Edwards has cast Diego Luna, of Y tu Mama Tambien and Milk fame, to star opposite The Theory of Everything’s Felicity Jones.

Along with Nightcrawler’s Riz Ahmed, Luna and Jones will be part of a group of rebel pilots who set out to steal the plans for the Death Star. The film has been likened to The Dirty Dozen and Saving Private Ryan, with its core group of characters setting out against insurmountable odds to protect the universe against the inevitable might of the Death Star in the wrong hands. Australian actor Ben Mendelsohn, most recently seen in Netflix’s Bloodline, is set to play the film’s main villain. The Hunger Games’ Sam Claflin is rumored to be up for another of the rebel roles, but has yet to be confirmed.

Star Wars Anthology: Rogue One is set to come out December 16th, 2016.