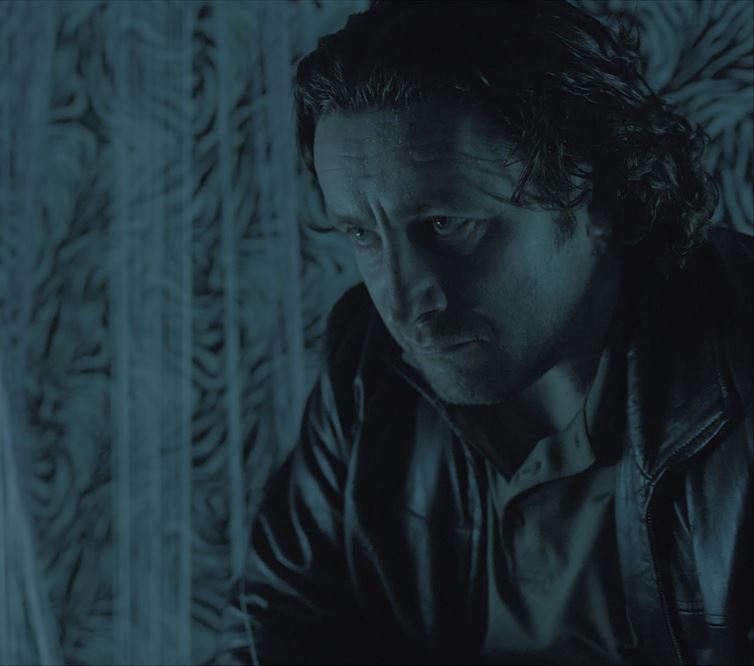 There’s an old adage that if you lie with dogs, you get fleas. And you know, the older I get, the more I find this to be true. If you hang around a bunch of no-good, day-drinking, messy-haired losers, it’s easier to sink into that lifestyle. Hang around a bunch of career-chasing, Dockers-wearing, gym-going nice guys, and you’ll likely get sucked into that world as well. Secretly, we hang with the crowd that makes us feel the most at home subconsciously, for whatever reason. Maybe we think it’s what we deserve. In the case of Michael (Peter Ferdinando), the lead character in writer/director Gerard Johnson’s London-based Hyena, he’s a cop who wants to be the hero who fights evil-doers. But at the same time, he uses his badge and gang of equally corrupt cops to knock over drug dealers and steal their stuff to fuel epic, late-night parties and pad his bank account. As Michael soon learns, you can’t have it both ways.

Moral platitudes aside, Hyena is an interesting and frequently intense look at a bunch of seedy guys doing seedy things until real-life consequences show up to bite them in the arse. While the film opens on Michael and his crew sharpening up and delivering a bit of the old ultraviolence on a drug ring before stealing the contraband and partying down, we soon discover Michael has bigger plans than just raiding local drug rings and splitting the spoils for the rest of his life. No, he has a bigger score in mind, and it involves siphoning a big chunk of cash and product off a group of Turks who are major traffickers in the area. The only issue is these Turks are not to be screwed with, no matter who you are. Their business is nobody’s business but their own.

Hyena is a decent entry into the well-worn world of shady police working both sides of the line. The strongest character in the film is Ferdinando’s Michael, who really does a fine job being pushed and pulled by the strong dichotomy of the life he’s chosen. His sad eyes and pudgy, exhausted face tell the story of a man who knows right from wrong, but keeps trying to do both and finds that not only can you not work both sides of the moral fence forever, but that there are severe consequences for those who try. Yet it’s difficult to want to stay involved in his plight when what Ferdinando’s going for is so atmospheric and subtle, while the film and the surrounding cast are much more stylized and over the top. It’s also more than a little challenging keeping up with the heavily accented dialogue.

That being said, there are some well-done scenes of violence here. If you like ass-kicking onscreen, this is a film for you. It also gets incredibly gory and difficult to watch as the plot spirals into intense disaster for literally every character we meet, save the Turks. Yet the gore and intensity never feel self-serving or done for exploitation’s sake. Rather, it was to show just how far in over his head Michael and his merry band of miscreants have found themselves. And it’s deep. Ironically, in terms of Michael wanting to have his cake and eat it too, Hyena often seems like a seedier Guy Ritchie knockoff by way of Scorsese, but then tries to go the art film route as well with open-ended questions, motivations, and scenes. Overall, Hyena is a worthy watch for fans of violent films and the aforementioned directors, but in the end, it’s a bit all over the map.