Film Review: I’ll See You In My Dreams 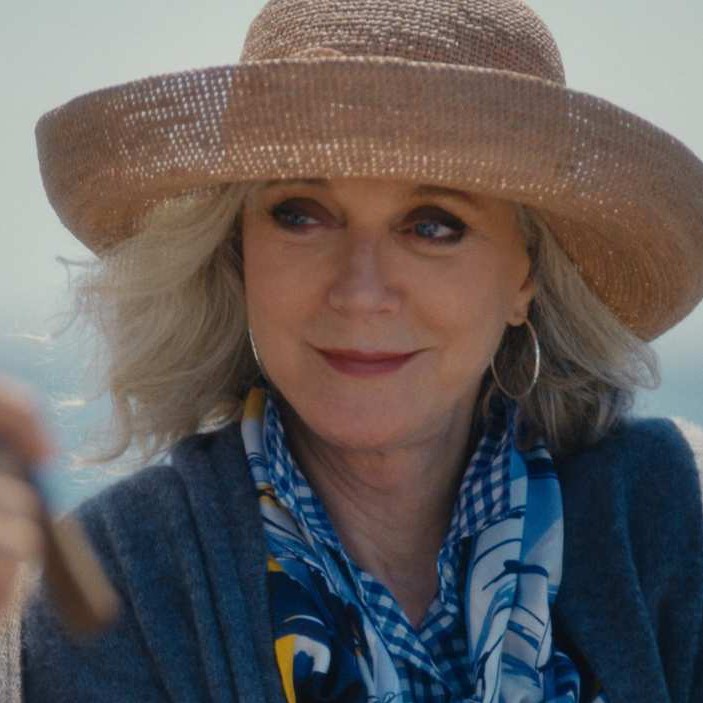 Carol (Blythe Danner) lives a solitary life, but a happy one. She and her dog Hazel pass away her retired days with errands, housecleaning, a newspaper and a liberal amount of wine. Carol’s husband died in a plane crash some years ago, and if she misses the companionship, she’s not really interested in taking on the emotional turmoil that comes with getting too attached to people, particularly at 72. And then, that turmoil finds Carol despite her best efforts. Hazel gets sick and has to be put down, and Carol’s house suddenly gets a lot emptier.

I’ll See You In My Dreams follows Carol through the paces of attempting to…well, not restart her life, necessarily, but to get out there again. She makes small gestures, like befriending Lloyd (Martin Starr), the aimless pool boy. She gets out to play cards more often with her friends (Rhea Perlman, June Squibb, and Mary Kay Place). And then there’s Bill (Sam Elliott), a consummate charmer who keeps finding his way into Carol’s orbit no matter how hard she tries to play off his flirtations. Dreams is far more driven by character study than it is narrative; its idea of a significant event is a rat getting loose in Carol’s house or Carol’s reticence to return phone calls from her daughter (Malin Akerman), who wants to visit.

It’s a delicate film, but a warmly funny one as well. And it’s all anchored by a superb Danner, who puts a substantial amount of soul into Carol. She was an ex-hippie and former singer who found her way into a different life. Wisely, the film doesn’t get into histrionic questions of What It All Means, because that’s not Carol. If she hoped there’d be a little more to life at this point in it, she’s not particularly interested in sea changes. She simply found a different life, one that she never planned for and ended up being happy with otherwise. There’s a confidence and self-possession that Danner employs to remarkable effect, the vision of a woman who doesn’t need anything else but wouldn’t mind having it if it comes along.

The film’s finest details can be found in its central relationships. The hole in Carol’s life left by Hazel’s death is palpable; when she rests Hazel’s urn next to another one, it’s clear that this isn’t the first time she’s had to process loss. With Lloyd, Carol finds a companion and drinking buddy, one who’s so utterly different from her in every possible way that it’s at least a departure from the newfound banalities of her day. In one particularly poignant sequence, the gap becomes clear. As much as Lloyd takes to her, there’s a gulf between his deliberately crappy, ironic karaoke performance of “I Think We’re Alone Now” and her heartbreaking take on Ella Fitzgerald’s “Cry Me A River.” They’re just different people at very different points in their lives.

Bill, on the other hand, is Carol’s perfect complement. With no family to speak of and no real heirs for his life earnings, Bill’s dead set on spending his money before he goes. And as he tells Carol, “I like you a little bit, I think. Yeah. You’re okay.” These are the subtle gestures in which Dreams works. It’s a little bit slight, inasmuch as it’s ultimately a film about pleasant people having generally pleasant encounters with one another, and the most anarchic thing that happens is a bunch of old women enjoying some medical marijuana. But it’s also an eminently pleasant watch, a film that speaks ably to the highs and grave lows of aging and trying to shake life up when it’s been comfortable for a very long time.